Sandstorm-caused Utah highway wreck kills 8, half of them children 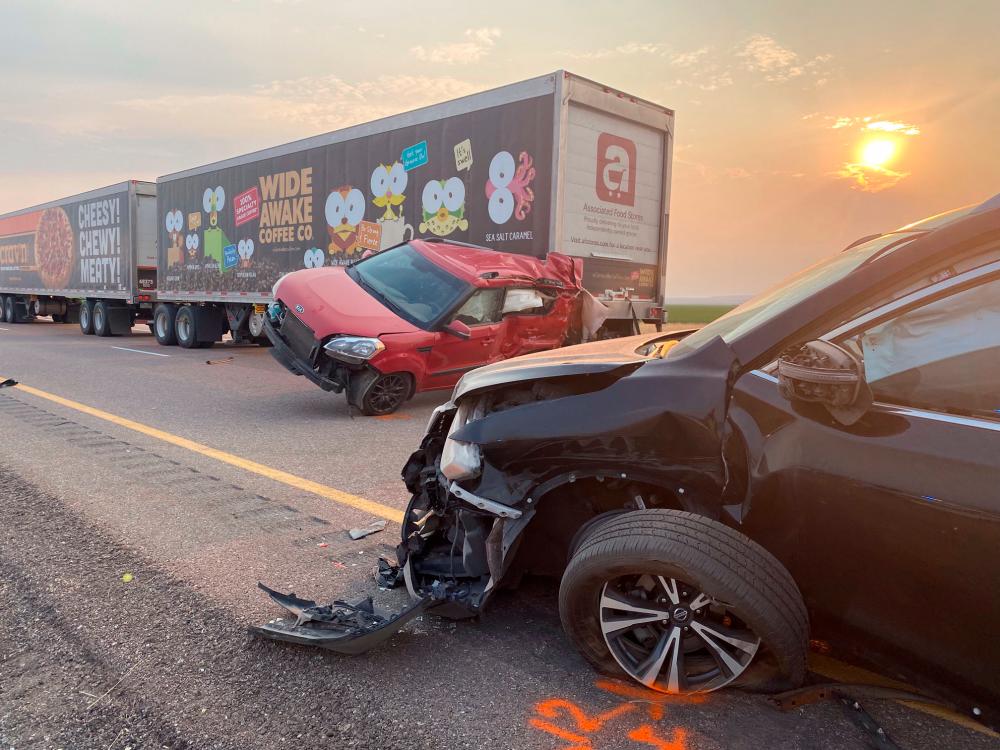 In this photo taken by the Utah Highway Patrol on July 25, 2021, cars and trucks are seen after an accident on Interstae 15 in Millard County, Utah. -AFP

EIGHT people were killed, four of them children, in a 22-vehicle pileup along a west-central Utah highway over the weekend when motorists were blinded by a wind-whipped dust storm, police said on Monday.

Ten injured survivors were transported to area hospitals, three of them in critical condition, authorities said.

The chain-reaction crashes occurred around 4:30 p.m. local time on Sunday on Interstate 15 in Millard County, and the eight fatalities were in three separate vehicles, the Utah Highway Patrol said in a statement.

The dead included a 15-year-old from Arizona who was a passenger in a Cadillac, as well as three younger children from Utah - aged 12, 6 and 2 - who were killed along with two adult members of their family in a separate car, police said. Another couple from Utah died in a third automobile.

The tragedy unfolded as several minor crashes blocked traffic along the highway after high winds blew a cloud of dust over the roadway, about 150 miles (240 km) southwest of Salt Lake City, impairing visibility. A semi-tractor-trailer came up on the logjam and crashed into a pickup truck, triggering the deadly chain-reaction wrecks, police said.

"The most significant crashes happened behind the semi with two vehicles becoming wedged underneath the back of the trailer," the state patrol statement said. "They appear to have been hit from behind by another pickup."

Aerial and ground images of the wreckage posted by the highway patrol on its website showed a line of mangled cars and trucks, and piles of debris strewn along the interstate. A red car is shown embedded in the rear of a tractor-trailer. -Reuters