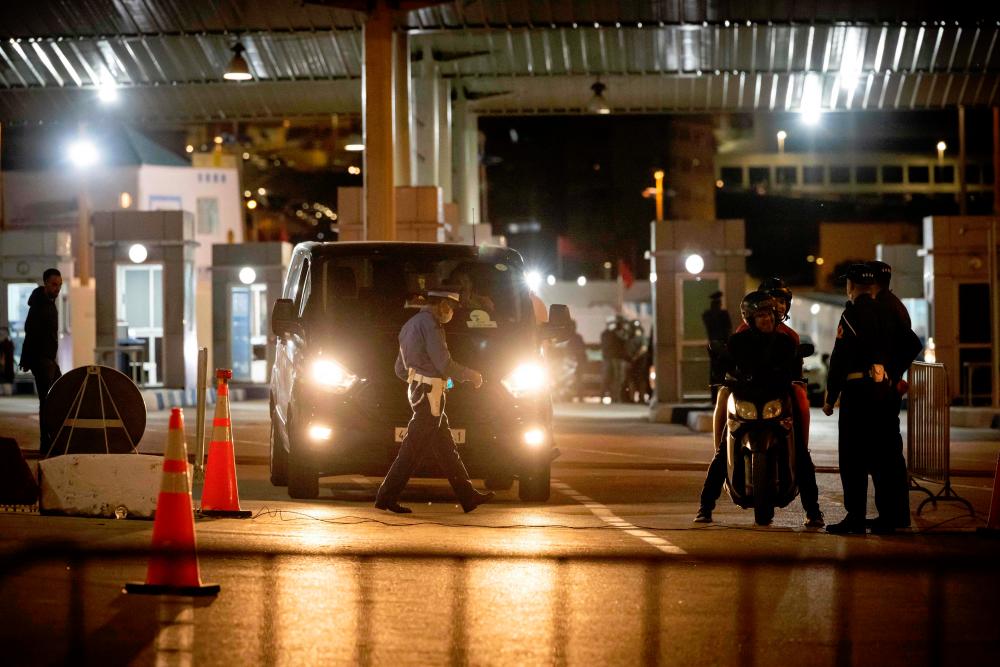 A general view from the Moroccan side of the border with the Spanish enclave of Ceuta, in Fnideq. - AFPpix

FNIDEQ: Morocco and Spain have reopened the land borders between the north African country and the Spanish enclaves of Ceuta and Melilla, two years after they were shut due to Covid restrictions and a major diplomatic row.

The enclaves on the Mediterranean coast in northern Morocco have the European Union’s only land borders with Africa.

The gates opened shortly after 11:00 pm local time (2200 GMT) on Monday night, letting dozens of cars and queues of pedestrians pass in both directions.

At the Fnideq border post, smiles lit up the faces of the travellers crossing to see their families on the Moroccan side.

“I was stuck for two years in Ceuta, I’m very happy to be back home,“ said Nourredine.

“I am happy that Morocco and Spain have restored their relations, it allows us to see our families,“ said one man in his sixties.

The reopening of the borders of the two enclaves initially remains limited to residents of Europe’s open-borders Schengen area and their family members.

It will be expanded to cross-border workers after May 31.

The local economies on both sides of the borders depend on the crossing of people and goods.

The Ceuta and Melilla crossings were closed during the first wave of the coronavirus pandemic in March 2020.

The borders became the focus of a major dispute last year, when Madrid allowed the leader of a Western Saharan independence movement to be treated for Covid-19 in a Spanish hospital.

Ten thousand migrants surged across the Moroccan border into Ceuta as local border forces looked the other way, a move widely seen as a punitive gesture by Rabat.

In March this year, Spain moved to end the diplomatic crisis with Morocco by changing its decades-long stance of neutrality and backing the kingdom’s autonomy plan for the Western Sahara, which Rabat insists must remain under its sovereignty.

Maritime travel between the two countries resumed on April 12.

Following their reconciliation, Morocco and Spain have committed to strengthening cooperation on irregular migration.

Morocco, which is one of Spain’s major trade partners, plays a significant role in controlling flows of migrants towards Europe. - AFP