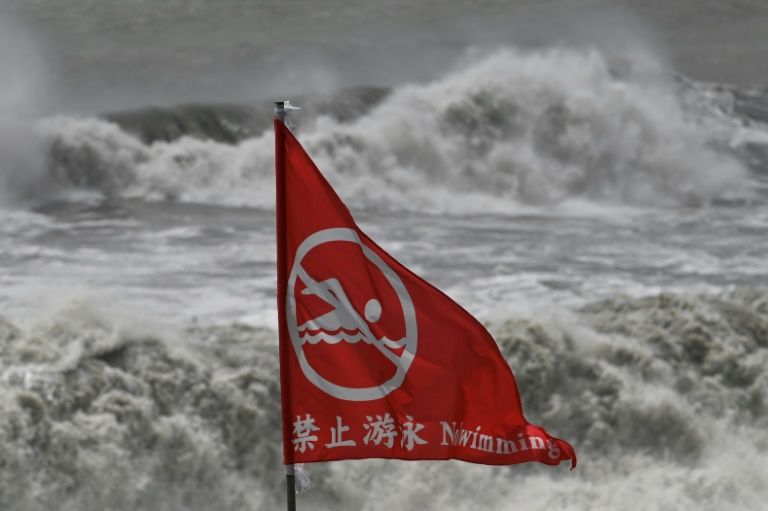 The ninth typhoon of the year is projected to move northwest up China’s coast Saturday with the China Meteorological Administration (CMA) focusing its attention on Zhejiang, Fujian, Jiangsu, Shanghai and Shandong provinces.

Lekima’s centre was about 290 km southeast of the city of Wenling in Zhejiang on Friday morning, with winds reaching 209 km per hour, official news agency Xinhua reported.

Authorities are preemptively cancelling train routes in Zhejiang, Shanghai and elsewhere on Saturday, according to the CMA’s newspaper. They also issued a yellow alert for torrential rain and flooding for provinces in Lekima’s path.

Some airlines have cancelled Saturday flights out of Shanghai as a preemptive measure, said the CMA.

The “great evacuation” from the water is well under way, with ships returning to port and moving to safe areas, the newspaper added.

The storm is currently sweeping past the northern tip of Taiwan where three people were injured, some trees were downed and some 40,000 homes lost power temporarily before having electricity restored.

Rail services were suspended in some places in Taiwan but were expected to resume later Friday.

Last September, Typhoon Mangkhut slammed into mainland China where authorities evacuated 2.37 million people, after it left a trail of destruction in Hong Kong and Macau and killed at least 59 people in the northern Philippines. — AFP