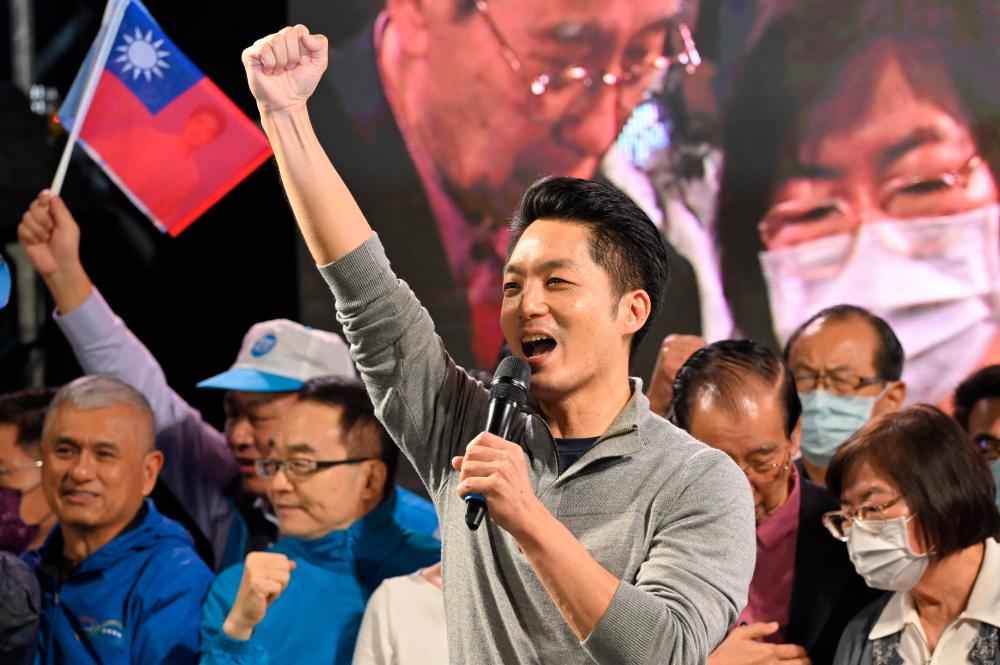 TAIPEI: Taiwan's main opposition party the Kuomintang (KMT) stomped home to victory in local elections on Saturday as President Tsai Ing-wen's efforts to frame the vote as being about showing defiance to China's rising bellicosity failed to pay off.

The elections for mayors, county chiefs and local councillors are ostensibly about domestic issues such as the Covid-19 pandemic and crime, and those elected will not have a direct say on China policy.

But Tsai, who leads the ruling Democratic Progressive Party (DPP), had recast the election as being more than a local vote, saying the world is watching how Taiwan defends its democracy amid military tensions with China, which claims the island as its territory.

The KMT was taking the lead or claimed victory in 13 of the 21 city mayor and county chief seats up for grabs, including the capital Taipei, compared to the DPP's five, broadly in line with expectations and similar to the results of the last local elections in 2018.

Both the DPP and KMT, which traditionally favours close ties with China though strongly denies being pro-Beijing, had concentrated their campaign efforts in wealthy and populous northern Taiwan, especially Taipei, whose mayor from the small Taiwan People's Party could not run again due to term limits.

“I have let everyone down,“ the DPP’s Taipei mayor candidate Chen Shih-chung told supporters, adding he has offered his “sincere” congratulations to the KMT’s Wayne Chiang in a telephone call, and urged people to continue to support Tsai.

“I know this election’s results have greatly disappointed everyone, but we can’t despair. In the past, the DPP has lost Taipei’s elections many times, but we’ve never been defeated. We must wipe our tears and stand up again.”

China carried out war games near Taiwan in August to express anger at a visit to Taipei by U.S. House Speaker Nancy Pelosi, and its military activities have continued, though on a reduced scale.

The election took place a month after the 20th congress of China's Communist Party, where President Xi Jinping secured an unprecedented third term in office - a point Tsai repeatedly made on the campaign trail.

The KMT has accused Tsai and the DPP of being overly confrontational with China, and focused its campaign on criticising the government's response to the Covid-19 pandemic, especially after a surge in cases this year.

Focus will now turn to the 2024 presidential and parliament election, which Tsai and DPP won by a landslide in 2020 on a pledge to stand up to China and defend Taiwan's freedoms.

Tsai's second term in office runs out in 2024 and she cannot stand again as president because of term limits. - Reuters 3.Husband and wife killed in crash on LPT2