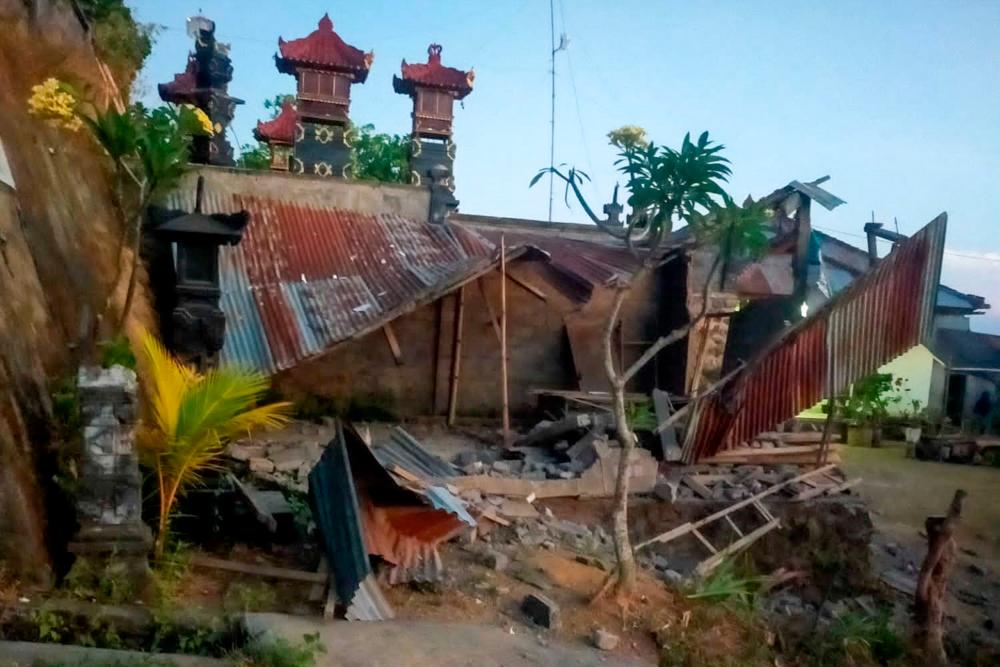 This handout picture taken and released on October 16, 2021 by the Bali regional disaster management agency (BPBD) shows collapsed houses after a 4.8 earthquake occurred in Karangasem, on the tourist island of Bali. AFPpix

JAKARTA: Three people were killed and seven others suffered broken bones with another one still buried under rubbles of a building after a 4.8-magnitude quake damaged houses in Indonesia’s resort island of Bali early Saturday.

The epicentre of the quake, which occurred at 3.18am local time with a depth of 10 km, was located 8 km northwest of Karangasem district, the Meteorology, Xinhua news agency reported Climatology and Geophysics Agency said, adding the tremors were felt until nearby Lombok Island.

The jolt triggered no tsunami, the agency said.

Head of Operational Unit of the Disaster Management Agency of Bali Province Gede Adhi Tiana Putra told Xinhua that two people were killed in Bangli district, one person was dead and one was being evacuated from the debris in Karangasem district.

Seven people, who have broken bones after being hit by the concrete of the houses, were being treated at a nearby health clinic, he said.

Several houses were destroyed by the tremor and most of the damages were in Bangli district.

Risk assessment of the impact of the quake was still undertaken by the disaster agency officials, Putra added.

According to him, the tremor also triggered landslides. -Bernama

2.All travellers to UK to show pre-departure virus tests