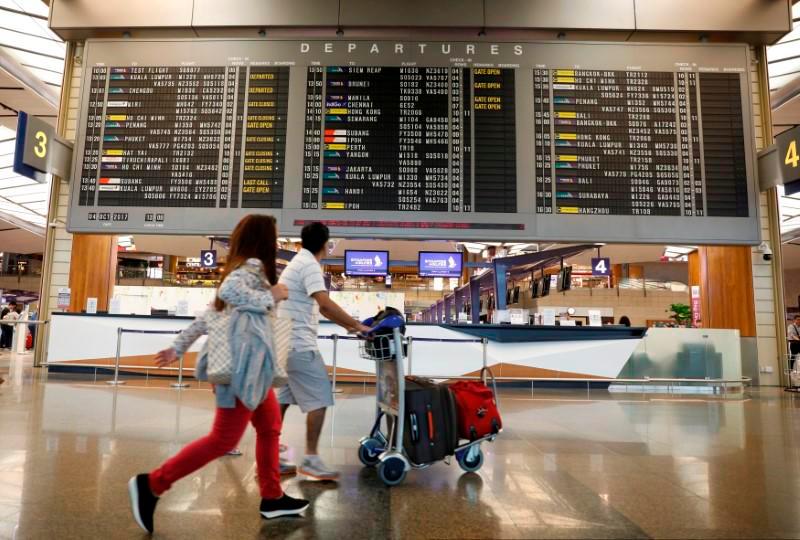 SINGAPORE: Two travellers from South Africa who transited in Singapore before heading to Australia have tested positive for the Covid-19 Omicron variant, according to the island-state’s Health Ministry (MOH).

The ministry said it was confirmed by the New South Wales (NSW) Ministry of Health that travellers who arrived in Sydney from southern Africa on Singapore Airlines SQ211 on Nov 28 had tested positive for the new variant.

The ministry said the travellers departed from Johannesburg on Nov 27 via Singapore Airlines SQ481 and arrived at Changi Airport on the same day for their transit flight.

“Their pre-departure tests in South Africa on Nov 27 were negative for Covid-19 infection,” it said in its daily update on Covid-19 late on Monday night.

MOH said most of the travellers had remained in the transit area at Changi Airport until their departure for Sydney on Nov 28, and did not enter Singapore or visit other areas in Changi Airport.

“Seven disembarked. Six are currently on 10-day Stay-Home Notice (SHN) at a dedicated facility and will be PCR tested. One was a close contact of an infected individual on the flight and has been quarantined,” said the ministry.

Contact tracing is ongoing for airport staff who may have come into transient contact with the cases, MOH said. - Bernama