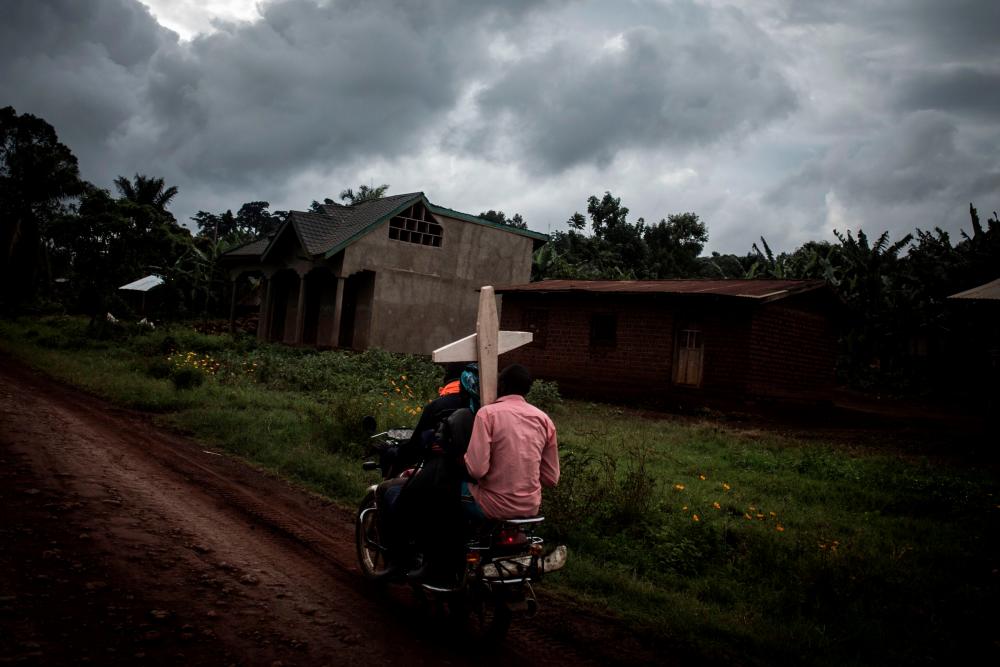 TOPSHOT - Three Congolese ride a motorbike and carry a cross for a grave along the road linking Mangina to Beni on August 23, 2018 in Mangina, in the North Kivu province. AFPpix

GOMA: Three UNHCR staff members were injured in an attack in the east of DR Congo, the UN's refugee agency said.

“Unidentified attackers opened fire on a UN convoy that was travelling in eastern Democratic Republic of the Congo,“ the UNHCR said in a statement.

“Bullets struck a vehicle... and three staff members were wounded,“ it said of the attack Wednesday.

“The injured personnel were travelling in a clearly marked UNHCR vehicle. The team was returning to the city of Beni... after distributing aid to people already displaced from their homes by violence and to vulnerable families from the host community.”

The UN agency said it was “shocked and outraged by the attack and calls in the strongest terms for the respect for international humanitarian and human rights law to protect civilians and humanitarian workers from violence.”

Since May, at least 1,546 civilians have been killed by armed groups in three provinces in the east of the country, according to the Kivu Security Tracker (KST), a respected US-based monitor of violence in the region. - AFP