UN voices concern over outbreak of diseases in flooded Pakistan 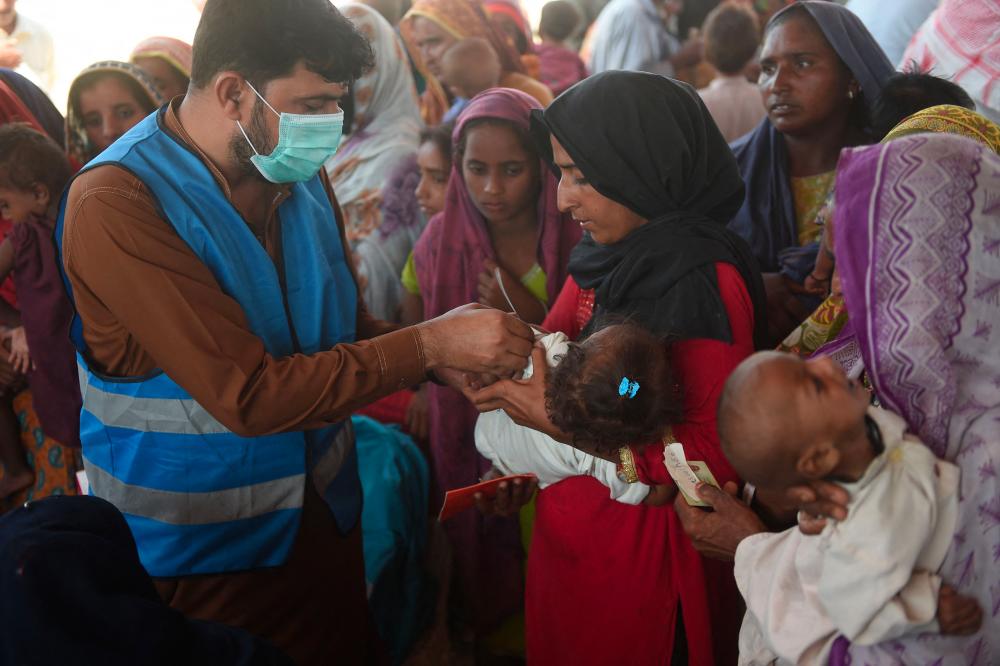 A Pakistani paramedic checks a child at a makeshift medical camp set in Dadu district, Sindh province on September 27, 2022. - AFPPIX

NEW YORK: The United Nations on Tuesday voiced concern over the outbreaks of vector-borne and water-borne diseases in flooded Pakistan.

The outbreaks of vector-borne and water-borne diseases are a growing concern in Sindh and Balochistan provinces, where many districts remain inundated by floodwaters, Xinhua quoted Stephane Dujarric, spokesman for UN Secretary-General António Guterres, as saying.

The floods have also damaged nearly 1,500 health facilities across the country, including more than 300 refrigerators and solar power systems, which is disrupting vaccine cold chains, he said.

Assessments are continuing. But an estimated 7.9 million people remain displaced by the catastrophic floods. Nearly 600,000 people are living in relief camps, and more than 7,000 schools across Pakistan are being used as temporary relief camps, said the spokesman.

More than 2 million houses have been damaged by the heavy rains and floods. More than 25,000 schools and 13,000 km of roads have also reportedly been damaged, he added.

The United Nations and humanitarian partners are continuing to scale up response and have reached more than 1.6 million people in different areas who have been impacted by the floods, said the spokesman. - Bernama