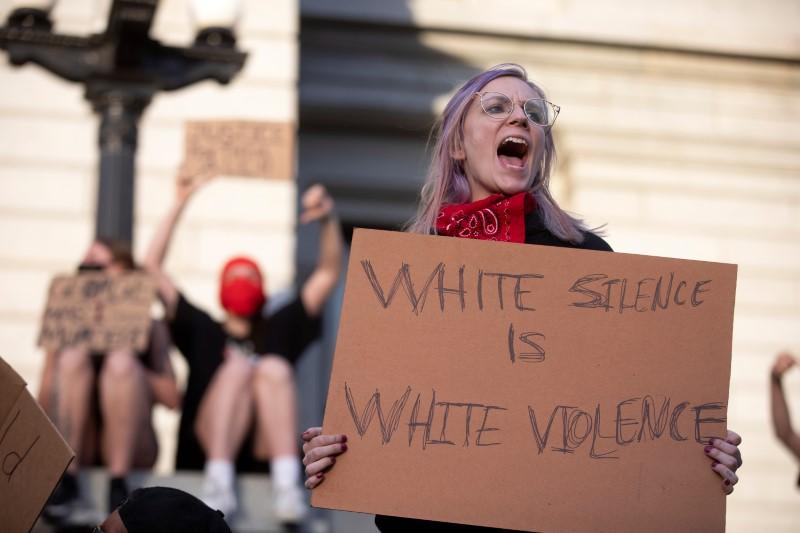 Protesters gather at the State Capitol in Denver as they rally against the death in Minneapolis police custody of George Floyd, in Denver, Colorado, U.S. May 31, 2020. - Reuters

WELLINGTON: Protests sweeping the United States over the death of George Floyd reverberated on the other side of the globe Monday when thousands marched in solidarity on the streets of New Zealand.

The rallies were peaceful in contrast to the days of violent protests in the US after Floyd, an African-American, died after being handcuffed and as a white police officer, who has since been charged with murder, knelt on his neck.

In Auckland, about 2,000 people marched to the US Consulate chanting “no justice no peace” and “black lives matter”.

Another 500 gathered in Christchurch, and a large crowd was expected to maintain a candlelit vigil outside the parliament buildings in Wellington.

Nigerian-New Zealand musician, Mazbou Q, who organised the protest, said the gatherings were not just about the death of Floyd.

“The ongoing persecution of the black community is an ongoing phenomenon. The same white supremacy which has led to disproportionate killings of black people in the US exists here in New Zealand,“ he told the crowd.

“We pride ourselves on being a nation of empathy, kindness and love. But the silence from the government and the media does not reflect that at all. In fact, it makes us complicit.”

Police maintained a low-key presence as the protestors defied strict coronavirus regulations demanding gatherings be restricted to a maximum 100 people, who must maintain social distancing.

New Zealand is on the verge of eliminating coronavirus with no new cases for 10 days. Of 1,154 confirmed cases, only one remains active. -AFP