US ‘increasingly alarmed’ by Ethiopia fighting 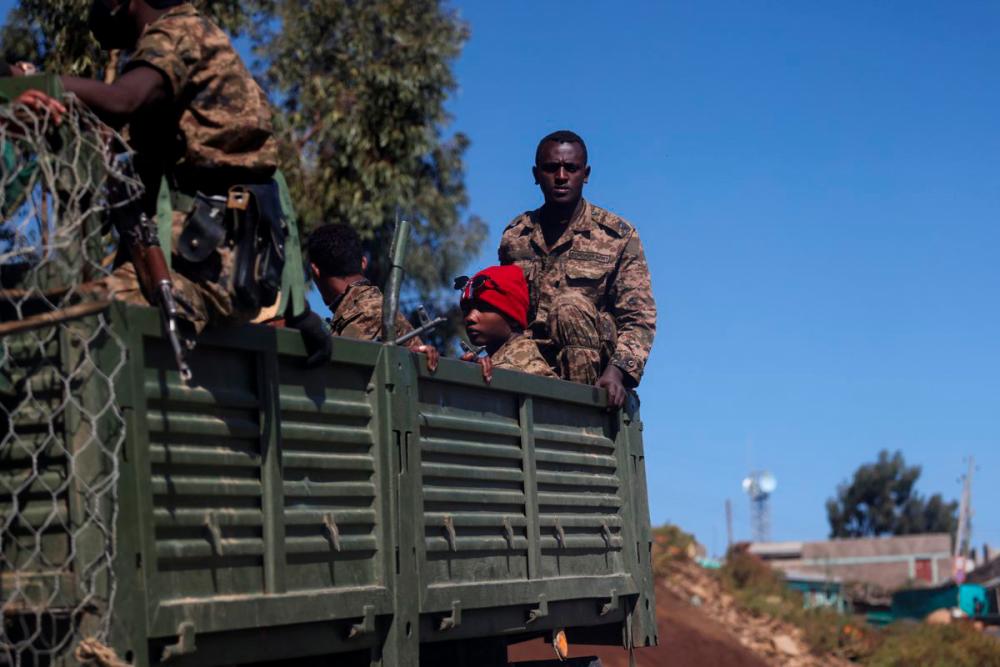 Ethiopian soldiers ride on a truck near the town of Adigrat, Tigray region, Ethiopia, March 18, 2021. REUTERSPIX

WASHINGTON: The United States on Thursday voiced alarm over fighting in northern Ethiopia as its envoy for the region pressed both sides to seize a potential peace opening.

“We are increasingly concerned by the growing military activity in northern Ethiopia. We strongly condemn the resumption of hostilities,“ State Department spokesman Ned Price said.

“These actions are inconsistent with the government of Ethiopia and Tigrayan regional authorities’ stated willingness” for peace talks, he said.

Mike Hammer, the US special envoy to the Horn of Africa, has been on the ground for two weeks and speaking to the Ethiopian government, Tigrayan forces as well as UN and African Union diplomats.

The envoy is calling on both sides to “halt immediately their military offensives and to pursue a negotiated settlement” through African Union diplomacy, Price said.

The rebel Tigray People's Liberation Front (TPLF) recently said it was willing to participate in talks led by the African Union, removing an obstacle as Prime Minister Abiy Ahmed had insisted on mediation by the regional bloc, which is based in Addis Ababa.

The Ethiopian government said Wednesday it was “committed” to the AU-led peace process. Nonetheless, 10 people were killed on Wednesday in a second day of air strikes in Tigray.

Both sides have accused the other for the resumption of fighting in late August which shattered a five-month truce that had allowed the delivery of badly needed aid.

An untold number of civilians have died, with the United States alleging “ethnic cleansing,“ since war broke out in late 2020 between the central government and the TPLF, which had ruled Ethiopia for decades until Abiy took office in 2018. - AFP