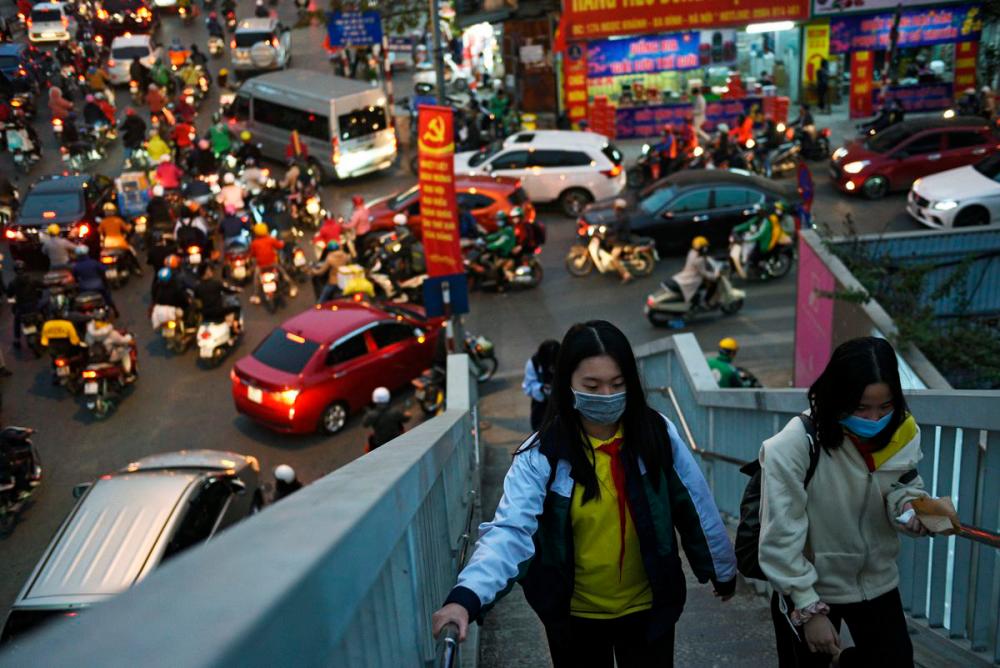 Girls walk in a overpass as they wear protective masks in the street amid the coronavirus disease (Covid-19) outbreak in Hanoi, Vietnam, January 29, 2021. — Reuters

HANOI: Vietnam’s health ministry reported 7,968 coronavirus infections on Saturday, a record daily increase and up from Friday’s record of 7,307.

More than two-thirds of the cases are in Ho Chi Minh City, the ministry said in a statement.

After successfully containing the virus for much of the pandemic, the Southeast Asian country has been facing a renewed outbreak of the virus, with southern business hub Ho Chi Minh City and surrounding provinces accounting for most new infections.

The ministry on Friday said it would extend a lockdown in the city until Aug. 1 and impose stricter restriction measures in the capital Hanoi from Saturday. The measures include a stay-home order, a ban on gatherings larger than two people and the suspension of public transport.

The capital city on Saturday also suspended motorbike delivery services, including by companies such as ride-hailing firms Grab and GoJek, adding to its existing restriction measures.

The National Assembly, the country’s lawmaking body, decided to cut short its meeting in Hanoi by three days to end on July 28, due to the outbreak.

Vietnam has so far recorded 90,934 coronavirus infections and at least 370 deaths. — Reuters