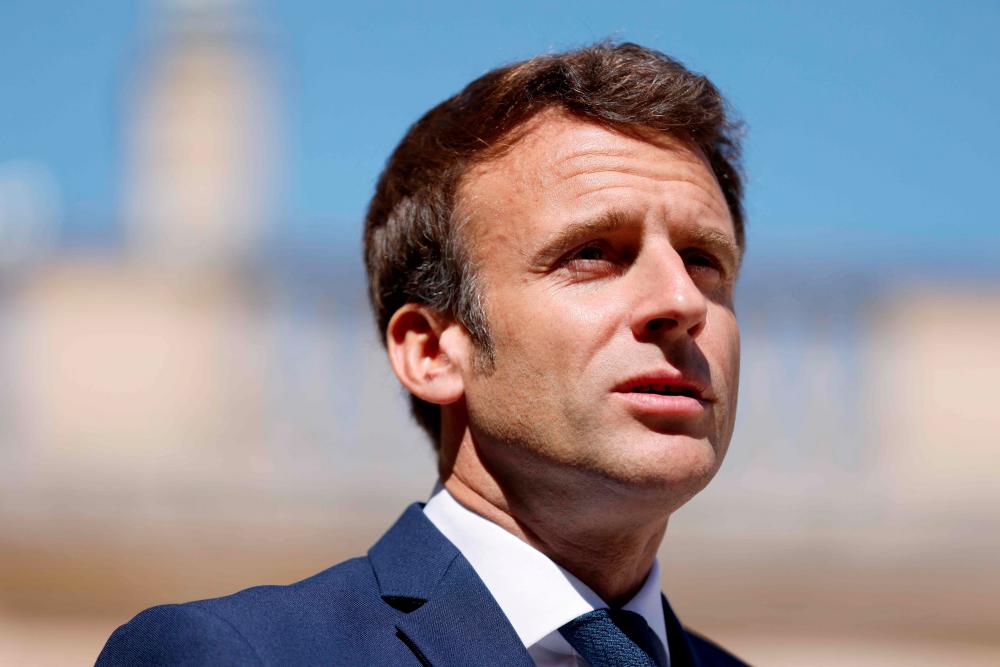 France's President Emmanuel Macron talks to the press at the Elysee presidential palace before a meeting with Argentina's President in Paris on May 13, 2022. AFPpix

KYIV: Ukrainian President Volodymyr Zelensky believes that French leader Emmanuel Macron is trying “in vain” to have a constructive dialogue with Russian President Putin, according to an interview transcript released by Kyiv Friday.

“We must not look for a way out for Russia, and Macron is doing it in vain,“ Zelensky told Italian television Rai 1, according the Ukrainian president’s Telegram channel.

“I know he wanted to get results from mediation between Russia and Ukraine, but he didn’t get any,“ Zelensky said.

Moscow, he said, would not seek any end to the fighting “until Russia itself wants and understands that it needs” this.

The Elysee told AFP on Friday that Marcon had “never discussed anything with Vladimir Putin without the agreement of President Zelensky”.

“He has always said that it is up to the Ukrainians to decide the terms of their negotiation with the Russians.”

The French leader said earlier this week that Russia and Ukraine would have to come to a negotiated truce and that peace efforts would not be served by Russia’s “humiliation”.

Zelensky said that “some European leaders think we need to find a way of talking with Putin”.

“We have been looking for them for years. And today, these routes are littered with bodies, bodies of our people,“ the Ukrainian leader added.

Zelensky however repeated his offer to speak with Putin directly but described talks with Russian as “no longer possible”.

“Today, the stage when we could sit down with Russia has passed.”

Macron is one of the few Western leaders to speak to Putin since Moscow moved troops into Ukraine on February 24, spending hours on telephone calls trying to negotiate a resolution to the conflict.

Putin on Friday spoke with German Chancellor Olaf Scholz and insisted that Russia was fighting “Nazi ideology” in Ukraine. — AFP