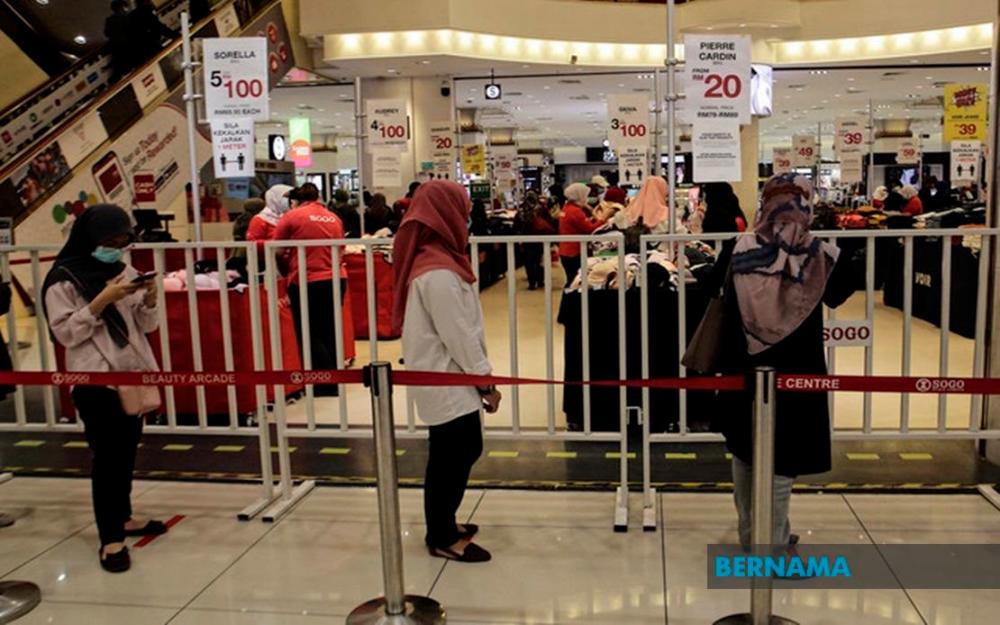 Fitch says retail sales in Malaysia continued to be weak in first-half 2021.

PETALING JAYA: Fitch Solutions has revised down its forecast for real household spending in Malaysia to post growth of 3% year-on-year (y-o-y) in 2021, from 11% previously, a recovery from the 3.7% y-o-y contraction estimated over 2020, as a result of surging cases and the re-implementation of stricter restrictions on movement and non-essential retail.

“As Malaysian consumers continue to face headwinds stemming from prolonged Covid-19 related economic pressure, we believe that the consumer spending recovery will spill into 2022. Malaysian authorities have so far been relatively slow to administer doses,“ it said in a report.

Fitch said retail sales in Malaysia continue to be weak over H1’21, with growth mainly coming from a low base. This weakness stems from the lack of significant relaxation in restrictions, impacting both consumers and retailers.

“We also note that continued restrictions on inter-district and inter-state travel within the Klang Valley, which accounts for 60% of retail sales in the country, will delay this recovery. However, we note that these restrictions continue to speed up the development of the country’s e-commerce sector. The online retail sales index, which portrays e-commerce activity continued to surged to record 23.1% growth y-o-y.

Its Country Risk team has revised down its 2021 real GDP growth forecast to 4.9% from 10% previously. The recent lockdown will result in a resurgence in unemployment, which would significantly dim the prospects for a recovery in domestic demand, with government consumption unlikely to provide meaningful support. Unemployment rates in 2021 will remain elevated, as businesses (especially small and medium-sized enterprises) slowly recover and increase employment. As such, it project that unemployment will only begin falling from H2’21 onwards.

Fitch believes that rising consumer price inflation is a key risk to consumer spending over the remainder of 2021, as it has the potential to erode purchasing power.

It opined that the Malaysian government is reaching a point where they may not be able to finance the current plans, or other future stimulus plans.

“Any stimulus measures that will be announced in the coming weeks is unlikely to top what was announced in 2020 given the constraints the government faces, with the 2020 stimulus already being relatively small compared to what other economies fielded such as Singapore and Hong Kong. The high public debt load is likely to have a negative impact on investor sentiment towards Malaysia and could raise its borrowing costs further.”

It highlighted that the possibility of a consumption tax, and any future plans, as a clear risk to the disposable incomes of households over the medium term.