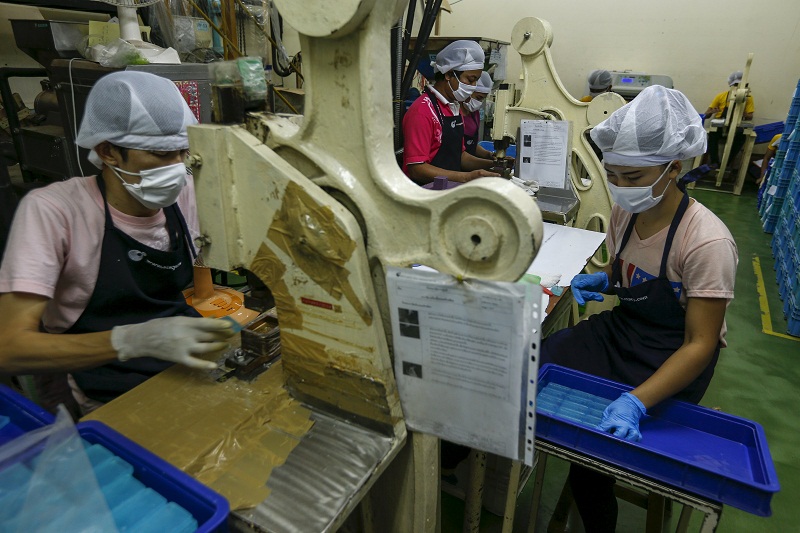 PETALING JAYA: Malaysia’s manufacturing Purchasing Managers’ Index (PMI) fell to 48.5 in February, from 48.8 in January, as the delivery of key raw materials from China was disrupted by the coronavirus outbreak, according to a note by IHS Markit.

“Supply shortages for many imported inputs constrained output, while foreign sales were also dampened by virus-related slowdowns in key export markets, notably China, where the extended New Year holiday appears to have played a major role in both limiting supply and hitting demand for Malaysia’s exports,” he said.

Supplier delivery times lengthened to the greatest extent since survey data were first collected in July 2012.

Panel members reported shortages of key raw materials due to the Covid-19 outbreak in mainland China, with shipments being delayed and even cancelled in some cases.

“With delivery delays for inputs more widespread than at any time in the seven-and-a-half year history of the survey, leading to sharp falls to purchasing and inventories, production is also likely to be affected in coming months unless fresh supplies can be sourced,” Williamson added.

According to the IHS survey, production across the Malaysian manufacturing sector was adversely impacted by shortfalls of inputs, with the output index slipping to an eight-month low in February, signalling softening momentum.

In addition to the supply chain issues, headwinds also came from external markets as new export orders fell at the steepest rate since November 2012.

Total new order intakes were subsequently placed under pressure due to the unfavourable external environment. Overall, the survey’s new order index fell to its lowest since last September.

Meanwhile, firms were unable to clear volumes of outstanding work as quick as they were in January due to inadequate input stocks. The rate of backlog depletion eased to a four-month low.

“Due to negative Covid-19 demand- and supply-side shock, Malaysian manufacturers reported a reduction in both purchasing activity and inventories.

“The level of employment was also reduced as some firms opted to not renew contracts for some employees given the possibility of production being constrained by an uncertain supply of inputs,” IHS noted in its statement.

However, the 12-month ahead outlook for manufacturing output remained positive in February as some companies foresee a pickup in economic growth.

On the other hand, the degree of optimism slid to a 20-month low as uncertainty towards raw material supplies and demand conditions weighed on confidence.

1.US to step up deportation flights for migrants stranded at Texas bridge

3.Mane’s return to form a boost for Liverpool