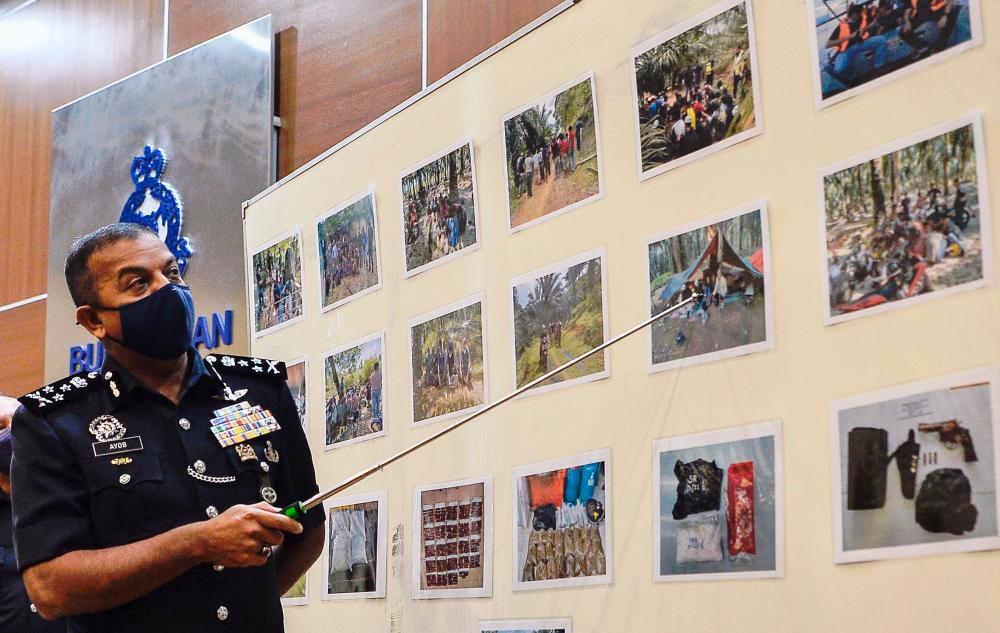 Anti-narcotics police raided 367 drug addict “ports”, or hideouts, across the country between Friday and Sunday, Ayob Khan said at a press conference in Bukit Aman yesterday.

Ayob Khan said among those nabbed were 129 foreigners, 942 drug pushers and 201 individuals wanted by police.

He said Selangor recorded the highest number of arrests. Also held were 204 suspects, who are being investigated under Section 39B of the Dangerous Drug Act, which carries the death sentence.

“In line with the anti-drugs initiative, and to ensure there is greater impact and effect on the drug menace in the country, this operation will be carried out every month nationwide.

“The objective of this operation is to trace and detain drug pushers and dealers, take action on hardcore drug users and apprehend suspects wanted for drug-related offences.”

He said 2,696 police officers and personnel were involved in last week’s operation.

Ayob Khan urged the public to channel information on drug dealing activities to NCID at its hotline: 012-2087 222.