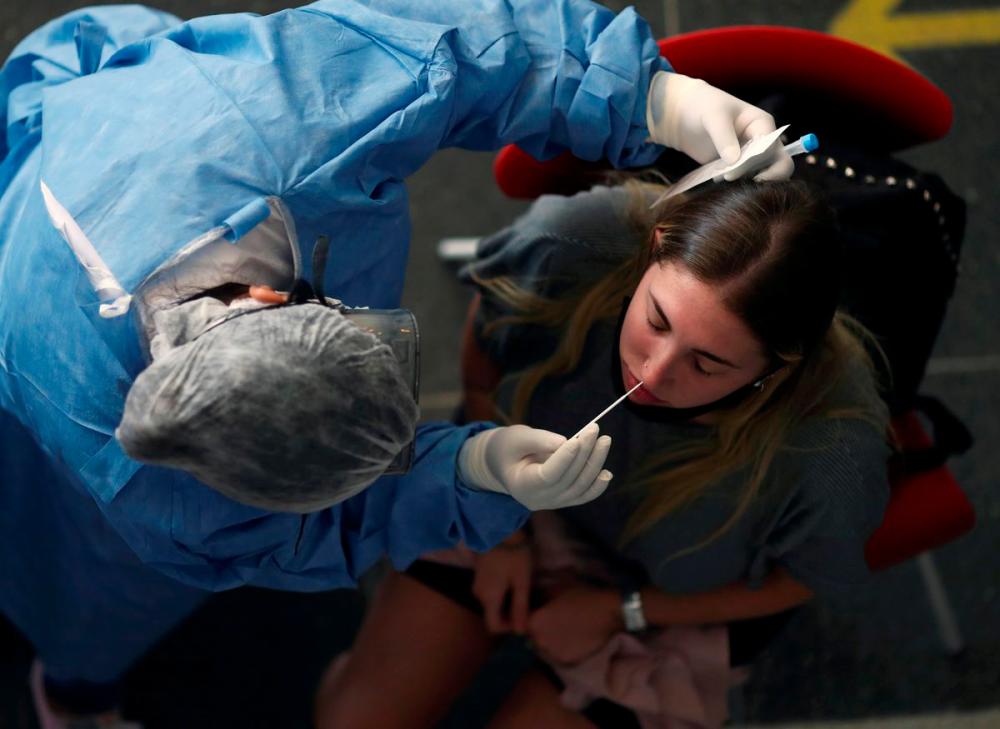 LONDON: Britain yesterday confirmed its first two cases of the new Omicron strain of Covid-19, both linked to travel from southern Africa, and expanded travel restrictions on the region.

“After overnight genome sequencing, the UK Health Security Agency has confirmed that two cases of Covid-19 with mutations consistent with B.1.1.529 (Omicron) have been identified in the UK,” a government statement said.

“The two cases are linked and there is a link to travel to southern Africa,” it said.

One case was detected in the central English city of Nottingham, and the other in Chelmsford east of London, officials said.

“We have moved rapidly and the individuals are self-isolating while contact tracing is ongoing,” Health Secretary Sajid Javid said.

He added that the government was placing another four African countries on its travel “red list” — Malawi, Mozambique, Zambia and Angola — effective from 4:00 am (0400 GMT) today.

Britain has already said it is banning travel from six southern African nations because of the emergence of Omicron: South Africa, Namibia, Lesotho, Eswatini, Zimbabwe and Botswana.

The government was widely criticised for its travel and quarantine policy earlier in the pandemic, when it kept borders open to foreign travellers even as infection rates spiralled.

“This is a stark reminder that we are not yet out of this pandemic,” Javid said, urging the public to get follow-up booster jabs of vaccines. “We will not hesitate to take further action if required.” — AFP