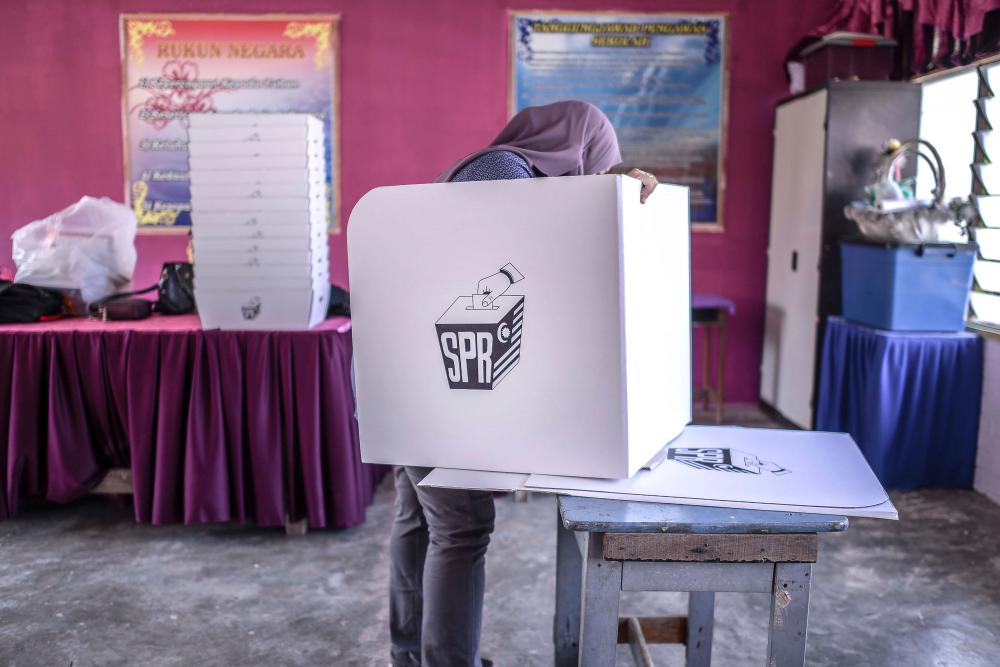 PETALING JAYA: Political parties have been advised to keep their campaigns subdued when they canvass for votes in the Malacca state election.

Otherwise, he added, the election could lead to a host of unforeseen problems.

The Malacca government will go to the polls on Nov 20 to seek a new mandate after four of its assemblymen withdrew their support for incumbent Chief Minister Datuk Seri Sulaiman Md Ali early this month.

This makes Malacca the second state after Sabah to hold an election in the middle of the Covid-19 pandemic.

Unlike the Sabah election, which was held before the vaccination drive began, more than 90% of the adult population across the country has now been immunised against Covid-19.

Nonetheless, there are still concerns that there could be widespread violation of the standard operating procedures (SOP) put in place to curb the spread of the virus. The vaccine does not prevent one from getting infected, it merely reduces the risk of severe symptoms.

Wan Ahmad pointed out that many campaign workers would come from other states to help woo voters. “However, we won’t know whether they have been vaccinated,” he pointed out.

He said it would be impossible for the police or the EC to monitor the campaigners, especially those who go from house to house, to ensure that they observe the SOP.

“Furthermore, there are still those who are against vaccination. That makes it all the more essential that we be cautious to protect the people against infections,” he said.

Wan Ahmad fears that many things could go wrong. “Campaigners or party workers are likely to gather outside the polling stations on election day. This makes it easier for the virus to spread.”

However, he expressed confidence that the polls could safely proceed if everyone, from campaign workers to voters, observe the SOP strictly.

“I agree it’s different (from Sabah) this time around,” he said.

“Even so, we must still ensure that we follow the SOP for everyone’s safety.”

Wan Ahmad urged political party leaders not to hold ceramah to woo voters. “Instead, they should harness the power of social media to air their views,” he said.

He pointed out that social media has proven to be very effective as a medium for election campaigns. “It can be used to get the party manifesto, information and posters out to voters,” he said.

While Wan Ahmad agreed that holding an election in the midst of a pandemic presented a higher-than-normal level of risk, he stressed that it is necessary to overcome the political stalemate.

“Otherwise, the people will suffer if such a situation continues for the long term,” he added.

However, Universiti Malaya professor of epidemiology and public health Dr Sanjay Rampal is of the view that it is better to not hold any elections over the next 12 months.

“Whenever there is an election, crowds will gather to listen to the candidates speak. This can lead to a rise in infections,” he cautioned.

But now that the election will proceed, he advised all politicians to comply with the SOP to set a good example for their electorate.

He also noted that while the risk of infection remains high, with most of the population vaccinated, the risk of complications will be reduced, thus making it easier for the healthcare system to manage.

“Large gatherings at election rallies are the same as social gatherings. Similar SOP should be observed,” Sanjay added.