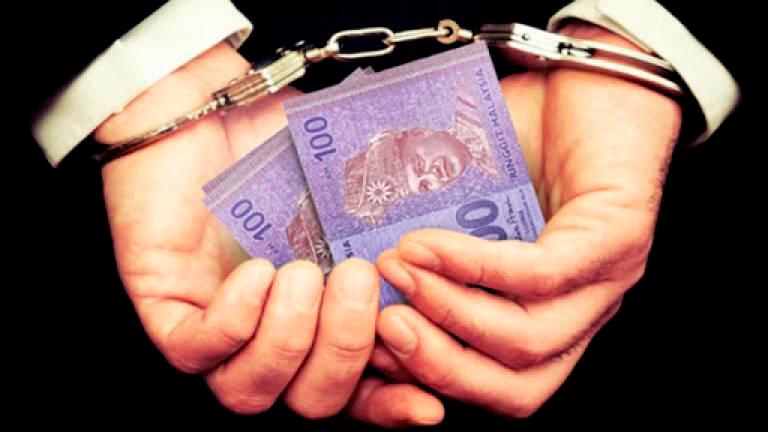 SHAH ALAM: A former police station chief was sentenced to two months in jail and fined RM5,000 in default six months’ jail, after he was found guilty of accepting a RM300 bribe.

Judge Rozilah Salleh handed down the sentence on Mohamed Azli Adam, 58, after the defence failed to raise a reasonable doubt in the prosecution’s case and ordered the accused to serve the jail sentence from today.

However, the court allowed an application by lawyer Wan Shahrizal Wan Ladin, representing the accused, to stay the jail sentence pending his client’s appeal to the High Court and raised the bail amount from RM3,500 to RM5,000.

Mohamed Azli, who was the Bandar Teknologi community police station chief was charged with accepting a bribe of RM300 in cash from a 43-year-old individual at the station on March 14, 2016, an offence under Section 165 of the Penal Code which provides for imprisonment for up to two years or a fine or both.

The prosecution was conducted by prosecuting officer Mohd Aliff Shaharuzaman.

A total of 18 prosecution witnesses and a defence witness who was the accused himself, testified at the trial which began in 2020.-Bernama