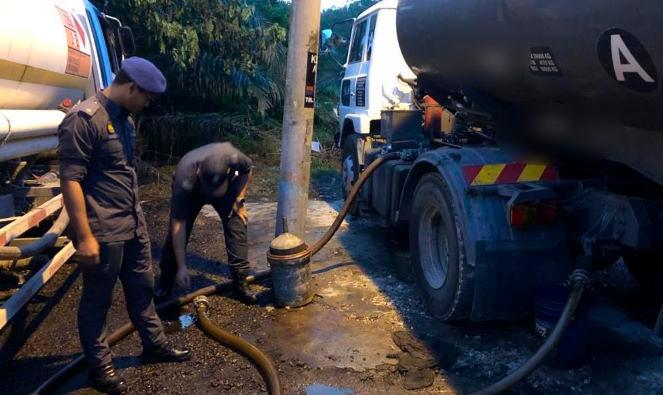 SEREMBAN: The Negeri Sembilan branch of the Ministry of Domestic Trade and Consumer Affairs (KPDNHEP) crippled an attempt to misappropriate 17,000 liters of subsidised diesel worth RM36,550 during an operation at Kampung Sri Parit, Lukut, near here, yesterday.

Abd Muis said during the raid, two men, aged 36 and 53, were busy loading diesel using pumps and hose at an isolated location.

“Investigations revealed that the first tanker contained about 9,000 liters of diesel while a second tanker was loaded with 8,000 liters of diesel. During interrogation, both the individuals did not have any permits, licence or special permission to deal with subsidised diesel,” he said in a statement today.

Abd Muis added that both the men were detained for investigations under the Control of Supplies Act 1961. - Bernama