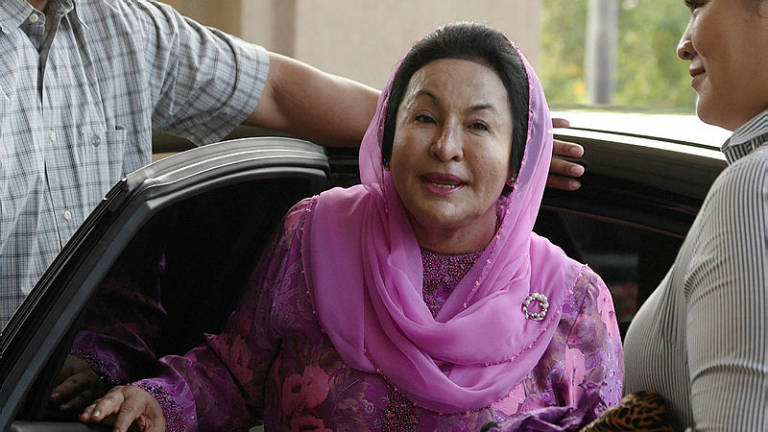 KUALA LUMPUR: The corruption trial of Datin Seri Rosmah Mansor (pix) concerning a RM1.25 billion project to install solar energy systems in 369 schools in Sarawak, is scheduled to resume on April 29 and 30 at the High Court here.

This is in view of the extension of the ongoing Movement Control Order from April 15 to 28, as announced by the government recently.

“Right now, the trial dates are only April 29 and 30. Further dates have yet to be fixed by the court,” said Deputy Public Prosecutor (DPP) Ahmad Akram Gharib to Bernama via WhatsApp today.

The court had previously fixed April 15 to 16, 20 to 23, and 28 to 30 for the continuation of the trial which is scheduled to see the cross-examination of the 12th prosecution witness resume before Justice Mohamed Zaini Mazlan.

Rosmah, 68, who is the wife of former prime minister Datuk Seri Najib Tun Razak, is facing a charge of soliciting RM187.5 million, and two charges of receiving a bribe of RM6.5 million from Jepak Holdings Sdn Bhd managing director Saidi Abang Samsudin through her then aide Datuk Rizal Mansor as gratification for helping the company secure the RM1.25 billion project.

In another case, Rosmah faces 12 charges of money laundering involving RM7,097,750 and five charges of failing to declare her income to the Inland Revenue Board. Trial is set for May. -Bernama

1.Boks know where they went wrong ahead of All Blacks showdown