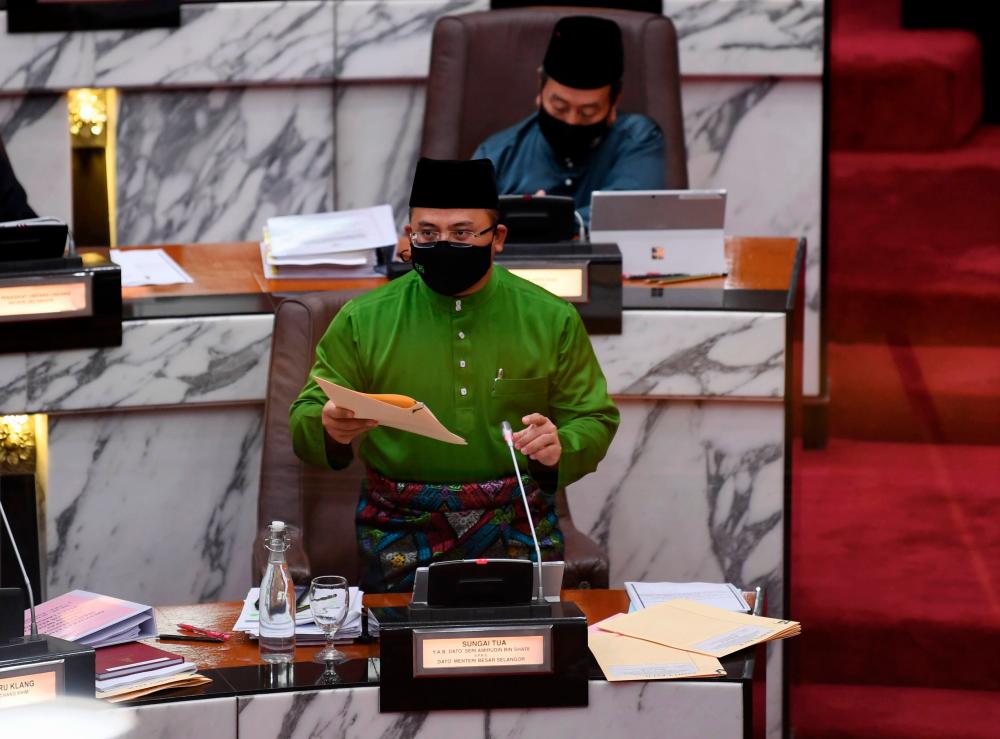 SHAH ALAM: The Selangor government will reduce land premium deposits by 50 percentage points to companies wishing to invest in the state starting next year as the 150 per cent deposit rate set previously was seen as a burden to investors, said Menteri Besar Datuk Seri Amirudin Shari.

“In 2022, the state government will require a deposit (land premium) of only 100 per cent which means at par with the rates and valuations that have been given by the (Valuation and Property Services Department) and also the Selangor Land Rate so that the burden can be reduced on these investors.

“(This measure is implemented) so that investors can shorten the time for investments, material development and subsequently, create employment opportunities and speed up investments,“ he said at the Selangor State Assembly (DUN) sitting today.

He was responding to a question from Mohd Imran Tamrin (BN-Sungai Panjang) who wanted to know whether Selangor was considering more flexible conditions on the 100-day approval policy.

In another question and answer session, chairman of the state Investment, Industry, Trade and Small-Medium Industries Datuk Teng Chang Khim informed that the state government was drafting an action plan for the proposed development of the Selangor Drone Centre of Excellence (CoE) at the Universiti Selangor Bestari Jaya campus, Kuala Selangor.

“This facility will provide facilities such as technology research and development laboratories, manufacturing, training as well as test beds for unmanned aerial vehicles (UAVs) and remote operated vehicles (ROVs) for water, soil and air as well as other related activities.

“Among the industry players who have expressed their desire to cooperate are companies such as AERODYNE Group and Pen Aviation Sdn Bhd which are also aviation consultants and experts in the field of drones,“ he said.

In response to a question from Lau Weng San (PH-Banting) who wanted to know about Selangor’s potential in attracting high-tech investments in the manufacturing sector of flying cars, drones and monitoring technology, Teng said the state government would work with regulatory bodies to determine drone routes that could potentially be used as safe routes for the delivery of goods of necessities, emergencies and so on.

“There will also be a drone port. The provision of incentives to encourage the development and use of drones will be discussed with the relevant parties so that it can be coordinated,” he said.

4.Road users to pay tolls with any digital payments soon