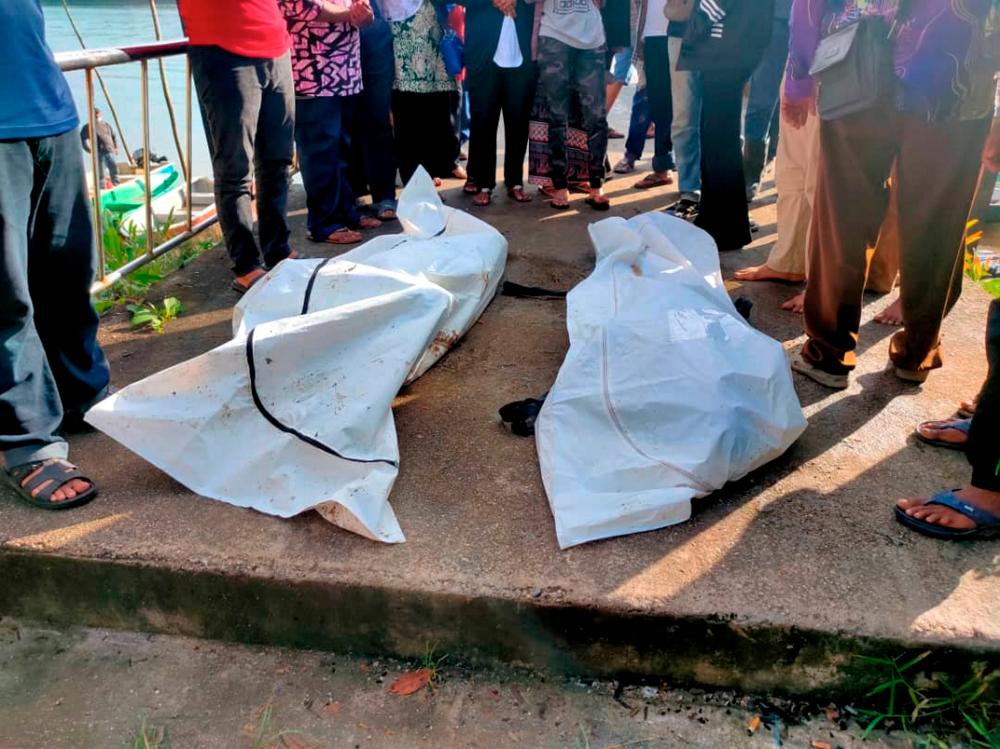 KOTA TINGGI: The bodies of two men, who were previously reported missing while out fishing in a boat near Mados Jetty, Kampung Air Putih, here two days ago, were found floating by local fishermen this morning.

Johor Fire and Rescue Department (JBPM) Zone 2 chief Al Hasra Mohamed, said that the body of the first victim, Ramdan Sulaiman, 50, was found about five kilometres (km) from the boat location at 7.10 am.

Meanwhile, the body of the second victim, Amiruddin Abdul Malik, 53, was found about 200 meters (m) from the boat location at 8.04 am, with the distance from the jetty estimated at 400 m, and a depth of 15 m.

The search and rescue (SAR) operation, with the Malaysia Civil Defence Force (APM), Marine Police, policemen and local fishermen, to locate the two anglers since 10.47 pm on Sept 20, resumed earlier today, leading to the discovery of the bodies.

“The bodies were handed over to the police and taken to the Sultan Ismail Hospital for further action,” he said in a statement here today.

Al Hasra, when contacted, said that based on an eyewitness, the two victims were believed not wearing life jackets while out fishing on the boat.

“When the two victims were found, they were clad in normal clothes. Therefore, we would like to advise the public to always be careful and prioritise safety by wearing a life jacket when carrying out all boat activities.

“Besides that, always ensure good weather conditions before continuing boat activities, especially when the weather is unpredictable and sometimes there is rain and storms,” he said, adding that the SAR operation ended at 9.30 this morning.

Yesterday, two men were feared drowned after being reported missing on Monday night, while out fishing in a boat near Mados Jetty.

The incident was noticed by a sand dredging worker near the scene, who saw the two men doing fishing activities before screaming for help was heard near the two men’s boat and the two disappeared from view.- Bernama

1.Bayern support vaccination but not mandatory, amid Kimmich furore