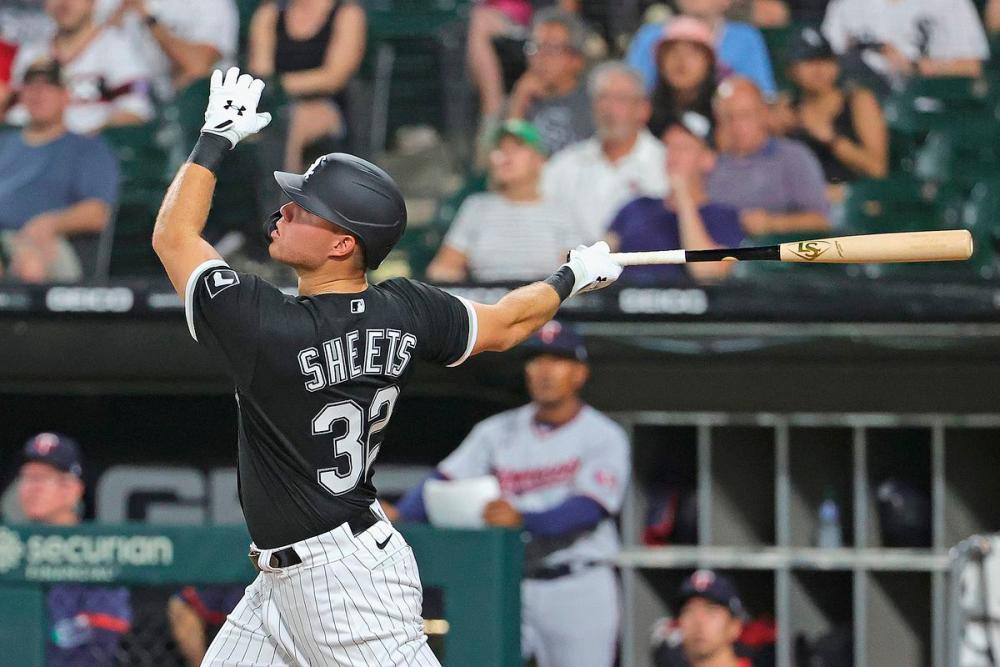 Limited to two hits in their first six times at bat, the White Sox opened the seventh with a single and a walk, with the runners moving into scoring position on a wild pitch from Twins starter Jose Berrios. Sheets, a rookie who made his major league debut June 29, delivered his fifth career home run moments later.

Mitch Garver blasted a pair of solo home runs for the Twins as he played for the first time since June 1 after missing nearly seven weeks with a groin contusion that required surgery. Garver connected against Chicago starter Reynaldo Lopez in the second inning and reliever Matt Foster in the fifth for the catcher’s seventh career multi-homer game.

Berrios (7-4) retired 11 straight hitters after walking Zack Collins to open the third. Moncada ended the run with a solo home run that brought the White Sox to within 3-2. Berrios’ initial blemish came in the bottom of the first, as Abreu drilled his club-leading 17th home run after the first two Chicago hitters struck out.

Berrios allowed five runs on four hits in six-plus innings with one walk and eight strikeouts. Aaron Bummer (2-4) was the winner in relief, striking out one in a scoreless seventh.

Minnesota needed just four pitches to manufacture the first run of the game. Luis Arraez hit a leadoff single, advanced to third on Lopez’s throwing error on a pickoff attempt and scored on a Josh Donaldson sacrifice fly to right.

White Sox manager Tony La Russa rested shortstop and leadoff hitter Tim Anderson in the nightcap. Anderson hit a solo homer in the third inning of Game 1 to extend his hitting streak to a career-best 16 games. Anderson has a hit and a run scored in a franchise-best 12 successive games. – Reuters