Keeping it simple, McIlroy ready to fix swing on the fly 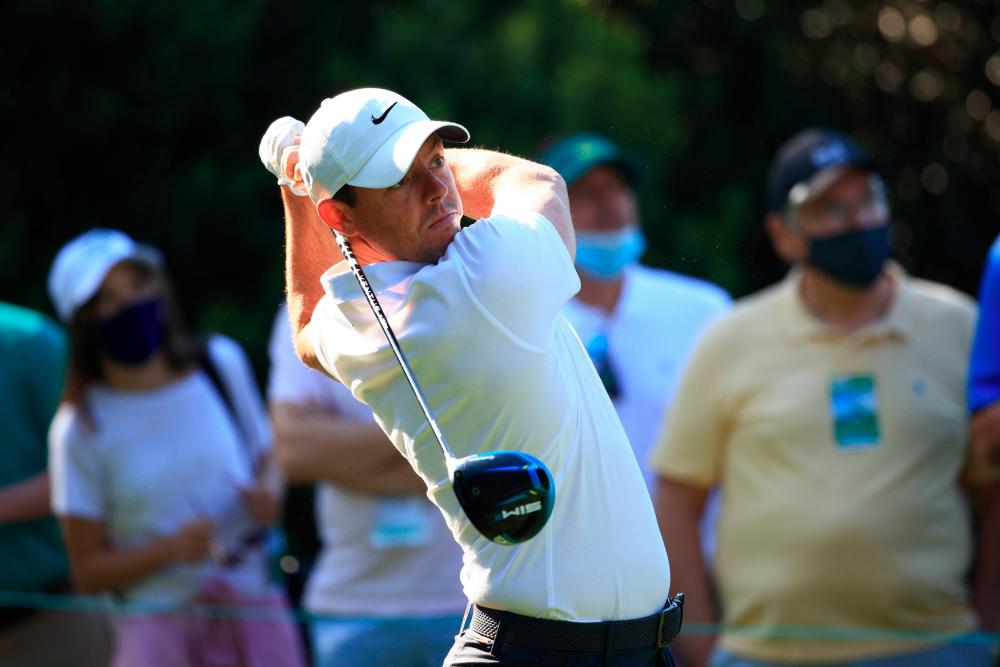 McIlroy plays his shot from the 15th tee during a practice round prior to the Masters at Augusta National Golf Club. – AFPPIX

AUGUSTA: Rory McIlroy (pix) says he is learning more about his swing with his new instructor so he can identify and fix problems on his own during rounds.

Ten years after squandering the 54-hole lead at the Masters, and with several other chances having gone begging, McIlroy is back at Augusta National for the only major he has yet to win.

In light of some recent inconsistent form, legitimate questions are swirling around about whether his game is quite at the level needed to contend for a Green Jacket on Sunday.

The Northern Irishman recently turned to respected English instructor Pete Cowen in a bid to find his way back to the top.

“He’s got a lot of knowledge and a lot of wisdom... That’s the reason I brought him in,“ McIlroy said of Cowen.

“It’s basically just about trying to understand the body movements a little bit more and sort of understanding why certain shots happen and how to fix those on the fly.”

McIlroy disputed a suggestion he was becoming too bogged down with technical thoughts, stating that it was in fact quite the reverse and that he has simplified things.

“When you don’t understand why you’re hitting certain shots, you can become lost and you can start to think of all sorts of stuff,“ he said.

“I felt like every time I was going to the range, I was trying something different.”

At the age of 31, McIlroy can no longer assume he will get lots more chances to win the Masters, though it is best to avoid thinking about that lest it exert even more internal pressure.

It won't be easy with the likes of Bryson DeChambeau, Justin Thomas and defending champion Dustin Johnson to contend with, but nobody doubts that McIlroy at his best can beat anyone come Sunday. He just has to string 72 holes together.

“I’ve played a bunch of really good rounds on this golf course before, but just not four in a row,“ he said.

“That’s the challenge for me and, if I can do that and get my head in the right place and feel like my game’s where it needs to be, then I’ve no doubt that I can put it all together.” – Reuters