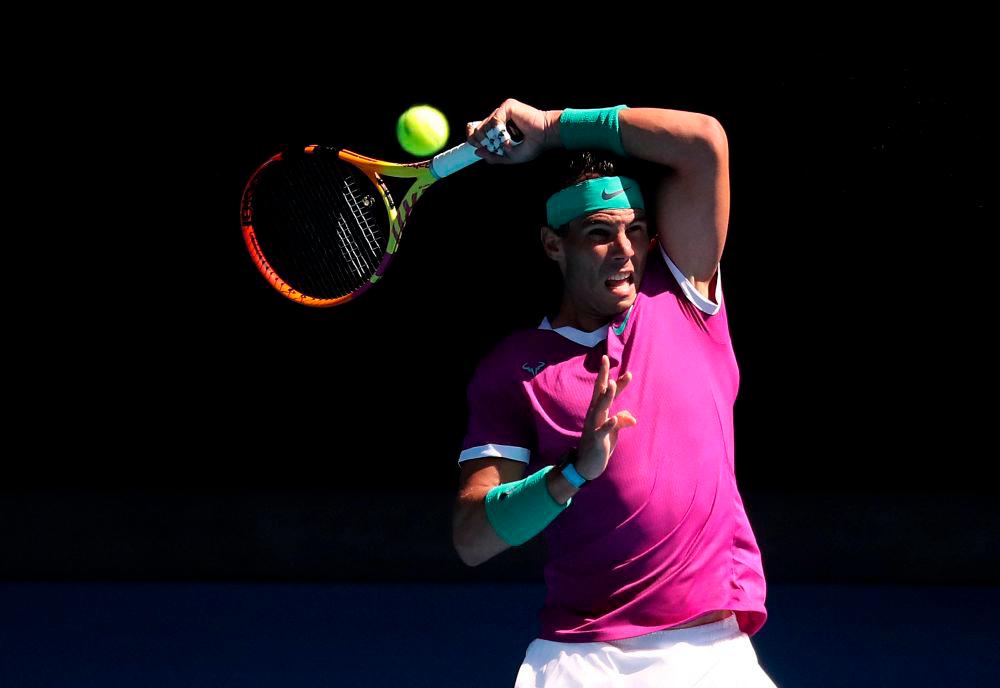 Tennis - Australian Open - Melbourne Park, Melbourne, Australia - January 17, 2022Spain's Rafael Nadal in action during his first round match against Marcos Giron of the US. REUTERSPix

MELBOURNE: Rafael Nadal, the only Australian Open champion in the men’s draw after nine-time winner Novak Djokovic’s deportation, opened his campaign in blistering fashion in Melbourne on Monday.

The Spanish sixth seed unleashed some of his trademark hammer forehands to wear down American Marcos Giron in straight sets on Rod Laver Arena.

Nadal will next play Australian Thanasi Kokkinakis or Germany’s Yannick Hanfmann in the second round.

“You never know when you come back from injuries, things are difficult, you go day by day, but I’m staying positive,” said Nadal, who is working his way back from a foot injury.

“I won three matches and a title here last week. I have had very challenging months, tough moments and a lot of doubts, but I have been able to manage my foot injury.”