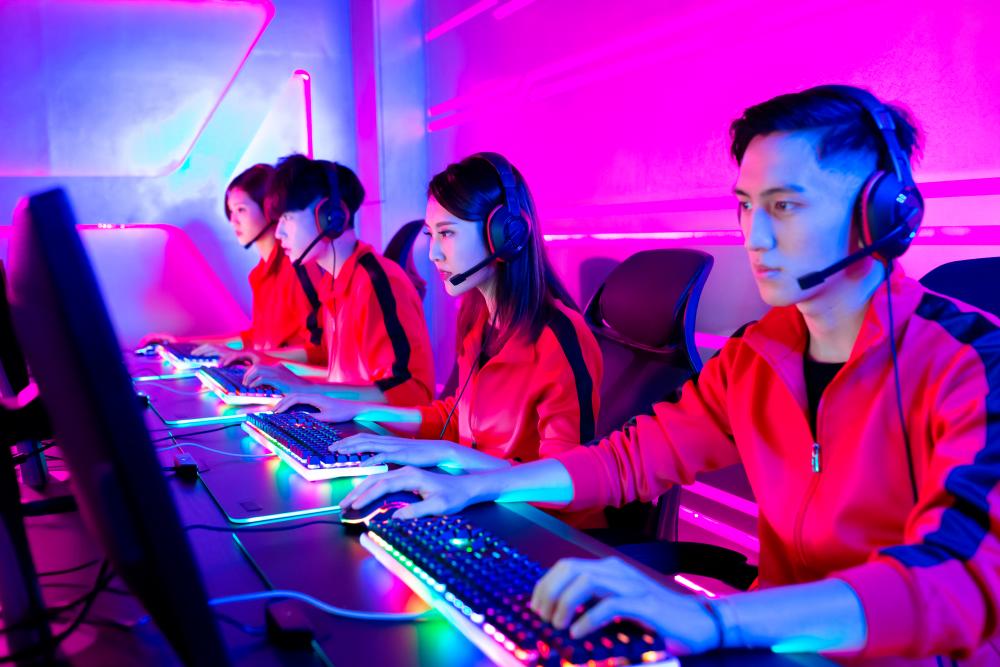 There are more options than ever for gamers to turn their passion into a solid career.

IN RECENT YEARS, the number of students joining courses linked to video game development has grown exponentially, thanks in part gaming culture becoming increasingly mainstream, and more people begin to realise that the gaming industry has a lot to offer in terms of careers. In this second article sponsored by SEAGM (www.seagm.com) we spoke to the students and faculty of two local institutions that are at the forefront of helping a new generation of gamers pave their way to into the industry.

One of the more established courses related to this field is the BSc (Hons) in Computer Games Development programme, which has been offered by Asia Pacific University of Technology and Innovation (APU) for the past 15 years, long before game development was a widely known career option.

Chung learned how to play from his brother, who in turn was taught by their father. “I basically grew up with gaming,” he said. “My all-time favourite game is Pokémon.

“Ever since I was young, I knew I had an affinity for [video games] and knew that I wanted to learn to make [them].”

For Lee, video games were a way for him to relieve stress. “I would play multiple genres such as FPS (first-person shooter) and mobile games to really exercise my brain,” he said.

“I was also really enraptured by story-telling games; I wanted to analyse the storytelling process that the directors implemented, as well as how they are exhibited in the game itself.”

Both students explained that the course has allowed them to leverage upon their passion for gaming, while also teaching them the process of creating a game from start to finish. These days, when they play, they are more aware of technical aspects and have gained new insight into what makes a good game.

One other aspect of the gaming industry which has gained prominence in recent years is Esports. Since 2019, the industry has received RM30 million from the national budget, with another RM15 million promised later this year.

This is in recognition of the industry’s potential to produce not only talented players, but also a thriving ecosystem that includes content creators, marketing executives and team managers.

This change in outlook has been reflected in the growing number of Esports-specific courses offered by local institutions. For instance, students can study for a Professional Certificate in Esports Management, a new course currently offered by FSA Esports Academy (FSAEM) through a collaboration with Orange Esports.

The four-month course is developed and taught by Orange Esports general manager Kelvin Pang, who has almost 20 years of competitive experience under his belt, both as an Esports player and a tournament organiser. He is also an exco member of the Malaysia Esports Federation.

“My role is to educate and enlighten people that Esports is more than just ‘a bunch of kids playing games’,” he said, referring to some of the most common misconceptions about the industry.

He explained that within Esports, there are various career opportunities ranging from the business side, which includes marketing and planning events, all the way to broadcasting and streaming, and even beyond.

A large part of the course is hands-on and focused on project-based learning, which includes organising, marketing and broadcasting Esports tournaments.

“Right now, the studios [where classes will be conducted] are in operation, as we have ongoing national tournaments,” Pang said. “At the moment classes are being conducted online, but we are ready for face-to-face learning.”

Similarly, APU’s programme is dynamic enough to adapt to changes in the industry.

Assoc. Prof. Wong Bee Suan, head of APU’s School of Computing explained: “We engage with the industrial advisory panel, which consist of people in the industry, such as games companies, as well as non-games companies. We also speak with the students regularly and [get their feedback] on the course.

“We also have partner universities, and with that collaboration and interaction that we have, we know what is out there, and we can quickly adapt and change our curriculum. In Malaysia, MDEC is also very active in promoting this industry, and they have done a lot of work through conferences and networking with international players in creating awareness among the local industry.”

These days, gaming is more widely accepted, and more parents are seeing it as a suitable pastime for their children. However, there is still some hesitation over letting their children pursue it as a viable education and career choice.

When speaking about how he began his Esports career, Pang recalled telling his parents in 2007 that he wanted to become a full-time Esports player.

“My dad said ‘Don’t talk about it! Just go and study!’,” he said. “I think, though, after all these years, they’ve finally accepted that I made the right decision.

“If I could speak directly to parents I would just tell them, in the past there used to be snail mail, but now there’s email. In economics, commerce is now e-commerce. Similarly, for sports, why not Esports? It is just the evolution of technology.”

Initially, both Chung and Lee also encountered some resistance from their families when they indicated they wanted to study computer games development at APU.

Chung said: “My dad joked that [he] wanted to strangle me! But I can see from his perspective that this career is not your typical, run-of-the mill profession like a lawyer or a doctor. Over the years they have become more supportive, which I am very grateful for.

“I guess with the advancement of technology, they can see the impact that video games can have, especially with the Esports scene being so huge now.”

Lee took a more direct approach when it came to convincing his mother. “My mum was definitely hesitant at first,” he said. “But she really wanted me to do something I was passionate about.

“So I sat her down and explained to her how the industry has been increasing exponentially in both mobile and console, and I also told her the benefits of games such as [improving] hand-eye coordination.

“Right now, most adults have a really bad impression of games in general. But there is a game genre called edutainment, where children learn better by playing games and learning. So I really want to change people’s perspective of the industry.”

According to Wong, Chung and Lee’s experiences are not unusual. “A lot of the parents [thought] that computer games development [was] a no-no programme to go into, in the beginning at least.

“Now, it’s gotten a lot better. When we first started [the programme], whenever we spoke to parents, they would go ‘Oh no, I don’t want my child to be playing games’.”

Wong added that she is a member of the Game Development Council of Malaysia (GDCOM), which is under the Ministry of Education. “The main focus is to create awareness among parents and high school students to let them know what developing games is all about, and just to cut down on the barrier that parents may have in sending their children to pursue a career in this area.”

One of the biggest concerns for both parents and students is whether they can successfully land a career in the gaming industry.

Declan Khor, operations manager for FSAEM, said: “Some parents still think that Esports is all about gaming, but we hope that with more mainstream exposure, it will open their eyes to the fact that it is a diversified, booming industry.

“At the same time, we want them to feel reassured that their children will have a good career path, which is why our course places an emphasis on internships and industrial placement, so that students get real-life working experience.”

Speaking about his own students, Pang related his own interaction with one who came in with a background in the performing arts. “The student told me that before he joined the course, he had experience working in the backend of various stage productions,” he said.

“He later told me that he could see a correlation between his own experiences, and what he learnt from the broadcasting aspects of the course.

“We want to show that there are alternatives to traditional career choices. Instead of [just being an] engineer, doctor or lawyer, you can become a gaming engineer, Esports team doctor or an Esports lawyer.

“There are many different job opportunities available in the [Esports industry], and for a student who is a gamer, it just so happens to fit in with their interests.”

Wong said that employability was also a key issue for those studying at APU. “We have got a job placement unit in the university,” she said, adding that they regularly engage with companies to help students find placements before and after graduation, as well as organising job fairs and industrial visits to help connect students with employers.

She added: “There are also a lot of spin-off professions in this industry, you don’t have to be a computer game developer. Upon graduation, you can also be a streamer [for example]. The entertainment and edutainment industry is huge.”

To find out more about careers in the gaming industry, be sure to check out Part 3 of our Gaming series where we speak to people who have chosen to make their mark in this dynamic industry. Only in theSun’s Career feature on Aug 17.

(An abridged version of this article appeared in The Sun’s Education section on Aug 11, 2021.)

3.Decision on party election to be known next week - PAS VP