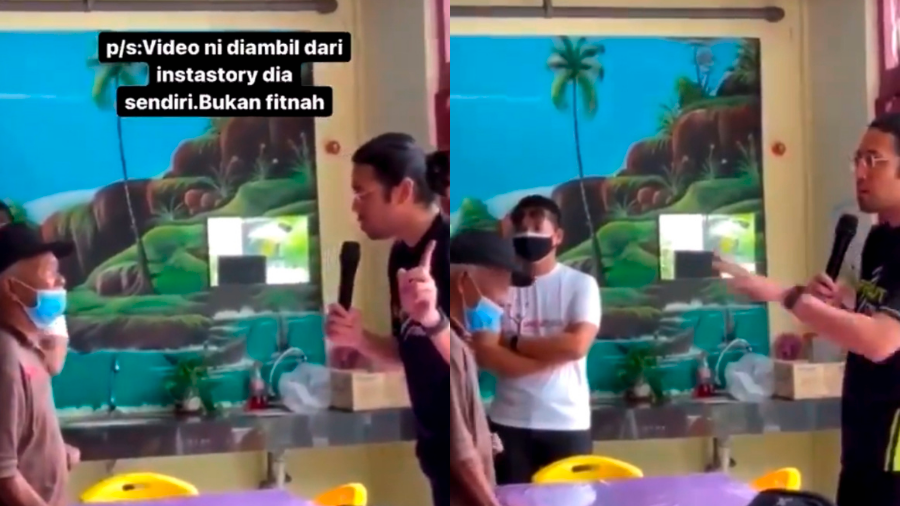 Entrepreneur and influencer Carl Samsudin was fined RM1,500 today by police for not wearing a face mask in breach of the movement control order (MCO) standard operating procedures (SOPs).

He didn’t wear a mask while giving a motivational talk titled ‘Ubah Hidup’ (Change Your Life) at Pusat Transit Gelandangan Kuala Lumpur on July 27, 2021 around 11.30am. It was also during this talk when he belittled an old man there.

The old man is said to be homeless and Samsudin proceeded to criticise him in front of the public. The motivational talk was attended by about 20 homeless folks. The video was uploaded on Samsudin’s own Instagram Story.

“Did you all wish one day, no matter which religion you follow, you pray to God, ‘God show me the way how I want to change my life.’ Did you?” he continued.

Netizens are enraged by his words and for shaming the homeless man who attended his motivational talk.

“Oh my god! If this mangkuk shame my father this way, you’re done a**h***. Ask your dad or your mum the same question in public and see what they answer. Stupid,” a Twitter user @LovePatrick89 wrote.

“Did you know how his life was like [in the past] @carlsamsudin? Your mouth is smellier than the drain! Did you think everyone has the same opportunities as you when they’re born? You’re only successful because people like the uncle supported the stupid things you sell,” wrote @hanief_ramli.

User @blisstulips said what the majority thought, “Very rude! If u truly want to help him, there is no need to disgrace him in that way. U have no idea what his life has been like all this time. Having good manners is more important that having a lot of money . Got has the power to take away what you have now at any time!.”

The video was even shared by Harith Iskander, Dr Jezamine and Aaron Aziz on their Instagram accounts to call out his poor behaviour.

According to some sleuthing done by netizens, Carl Samsusin and his wife own the fashion boutique, Bella Ammara, amongst other businesses.

Due to the backlash, Samsudin issued a lengthy public apology on his Instagram account. In the apology, he said that he never intended to insult the man and wasn’t aware of his tone of speech.