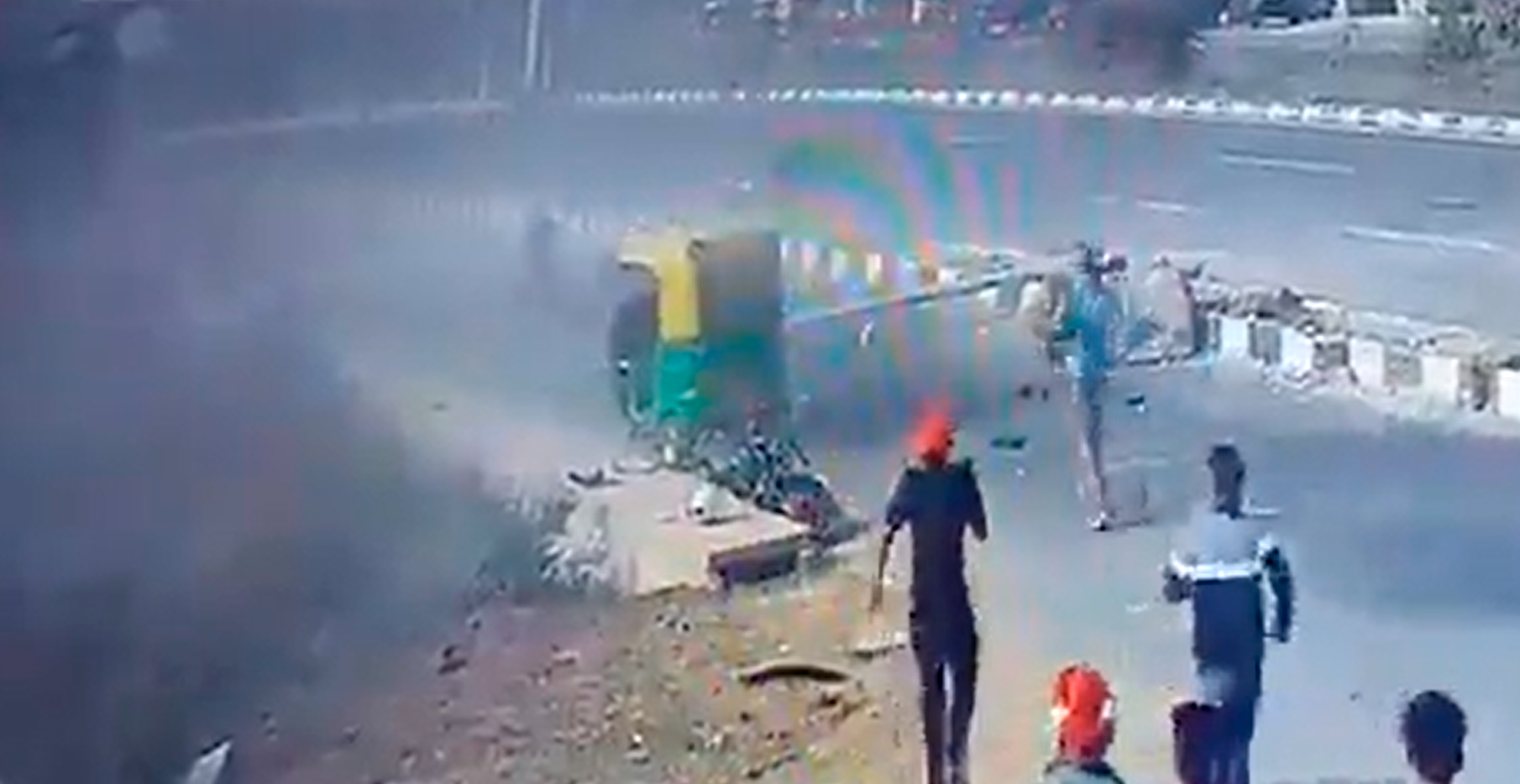 Screengrab from the video

IN a terrible accident caught on cam, bystanders were thrown from the divider and were run over to their deaths by a speeding out of control car in Punjab.

According to a Shiksha news portal, at least four people have been reported dead in the incident, while two are severely injured and hospitalised.

The incident occurred earlier on Nov 28, near Gharuan village, Punjab.

In the video, it can be clearly seen that a speeding car lost its control and ended up hitting two bystanders.

The car also crashed into a road divider and due to the impact, turned turtle.