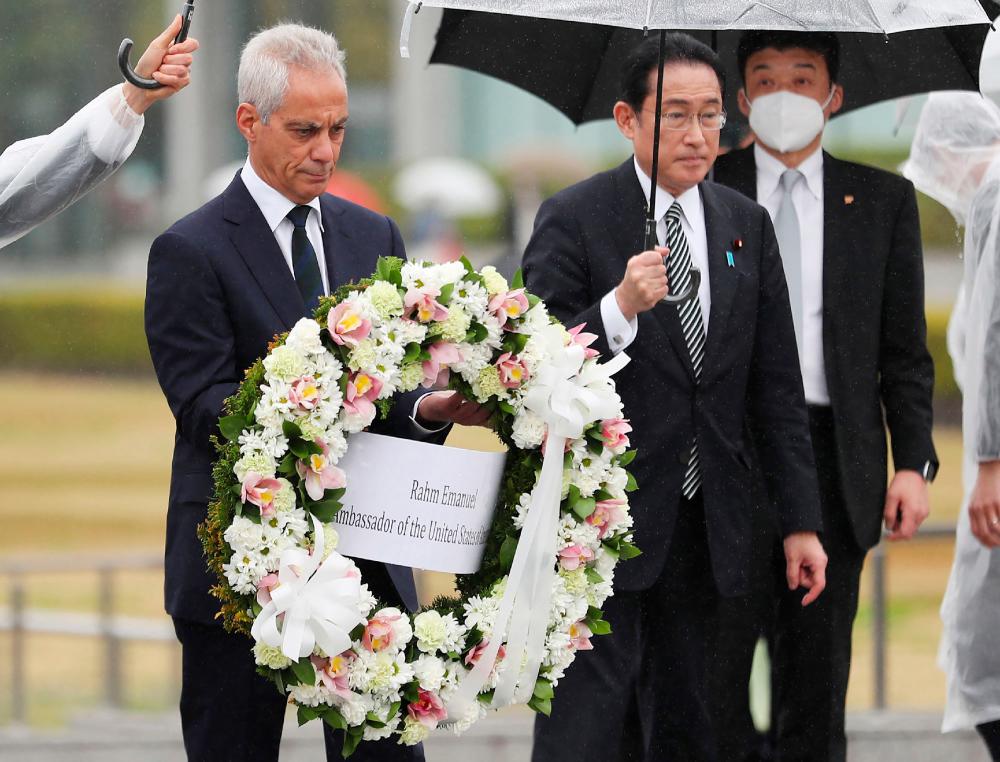 US Ambassador to Japan Rahm Emanuel (L), accompanied by Japanese Prime Minister Fumio Kishida, lays a wreath at the Cenotaph for atomic bomb victims at the Peace Memorial Park in Hiroshima on March 26, 2022. AFPPIX

TOKYO: Japan's prime minister and its US ambassador warned Russia against the use of nuclear weapons during a visit Saturday to Hiroshima, the site of an atomic bomb attack in World War II.

Their warning comes after Moscow on Tuesday refused to rule out deploying its nuclear arsenal, saying it could be used in the Ukraine war if Russia faced an “existential threat”.

Around 140,000 people died when Hiroshima was bombed in 1945, a toll that includes those who survived the explosion but died afterwards from radiation exposure.

Three days later Washington dropped a plutonium bomb on the Japanese port city of Nagasaki, killing about 74,000 people and leading to the end of World War II.

The United States remains the only country ever to have used nuclear weapons in conflict.

“The history of Hiroshima teaches us that it is unconscionable for any nation to make such a threat,“ he said.

“We live in unprecedented times as Russia threatens the use of nuclear weapons, something that was once unthinkable, even unspeakable.”

Kishida said “the horrors of nuclear weapons must never be repeated”.

“We have a concept of domestic security, and it’s public. You can read all the reasons for nuclear arms to be used,“ Kremlin spokesman Dmitry Peskov told CNN Tuesday.

“So if it is an existential threat for our country, then it can be used in accordance with our concept.” - AFP