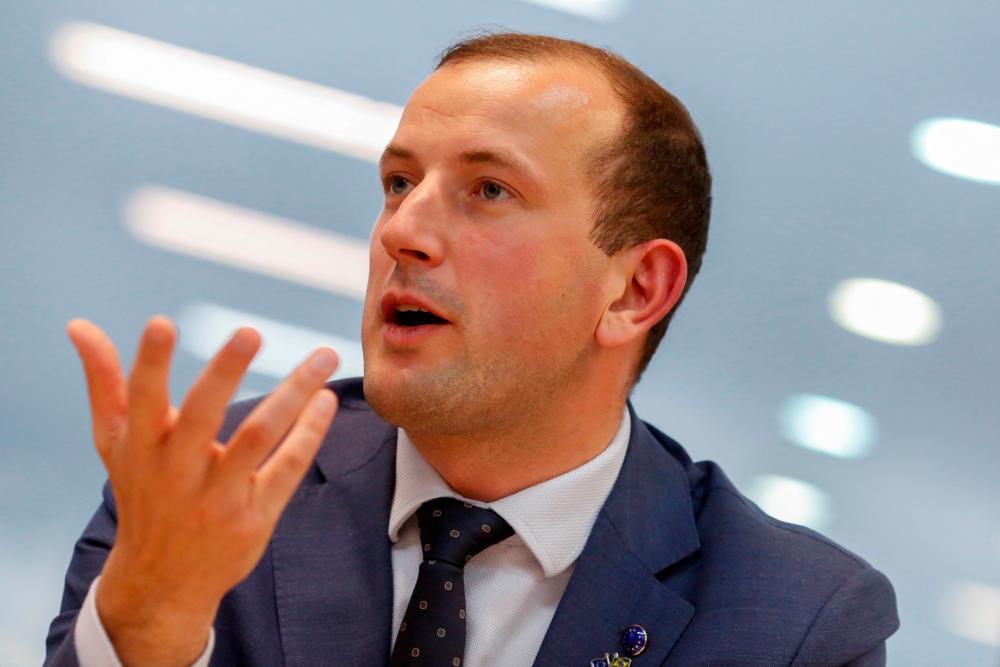 BRUSSELS: Plans to rebuild Ukraine will need to address restoring the country’s war-torn ecosystems, the EU Commissioner for the Environment has said.

Virginijus Sinkevicius warned the environmental cost of the conflict was “increasing every day” -- and said it could take “generations” to overcome.

Next week, leaders from dozens of countries and international organisations will gather in the Swiss city of Lugano to discuss rebuilding Ukraine, hoping to draw up a “Marshall Plan” for the country’s reconstruction even as war with Russia rages.

The plan will “absolutely” have to include an environmental component, Sinkevicius told AFP in an interview on Wednesday.

He spoke of the mass destruction of forests, land covered with mines and trenches, chemical pollution spread by munitions, and contaminated waterways and soil.

“The (environmental) price tag every day is increasing, because we see the barbaric actions of the Russian side (are) not stopping,“ Sinkevicius said.

“They bomb chemicals facilities” and have put nuclear power plants at risk, he said, adding that “hundreds of thousands of tonnes” of destroyed Russian military machinery would need to be cleared.

He said environmental damage -- especially that inflicted on vast areas of forest -- was “a crime of the biggest scale” that would “take generations to deal with”.

He added there was now a “unique opportunity” to create a “cleaner” Ukraine, but warned: “We can rebuild roads, we can rebuild the infrastructure, but for forests to grow, you need hundreds of years. So it will take time.” — AFP