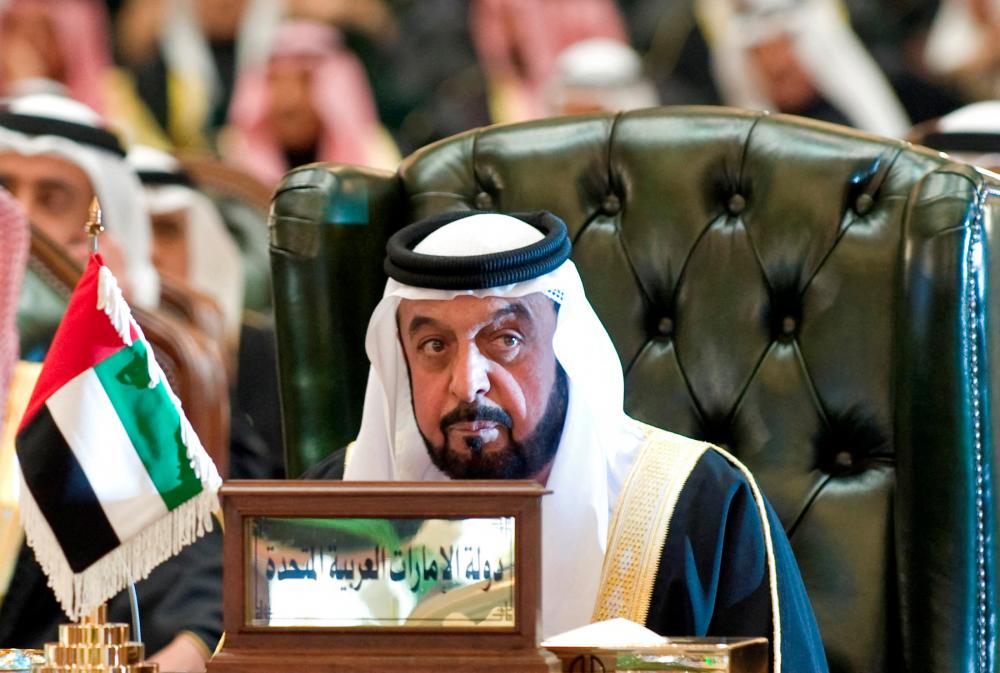 The Ministry of Presidential Affairs announced the death of Khalifa, who was also ruler of the UAE’s richest emirate, Abu Dhabi, but gave no details.

Khalifa, born in 1948, had rarely been seen in public since suffering a stroke in 2014.

“The UAE has lost its righteous son and leader of the ‘empowerment phase’ and guardian of its blessed journey,“ his half-brother and Abu Dhabi Crown Prince Sheikh Mohammed bin Zayed said on Twitter, praising Khalifa’s wisdom and generosity.

Mohammed, known as MbZ, has for years been the de facto ruler of the UAE, an OPEC oil producer and a major trade and tourism hub which has moved to build its political influence in the region and abroad.

MBZ is poised to become the new ruler of Abu Dhabi, which holds most of the UAE’s oil wealth and has held the presidency since the founding of the UAE federation by Khalifa’s father, the late Sheikh Zayed bin Sultan al-Nahyan, in 1971.

Under the constitution, vice-president and premier Sheikh Mohammed bin Rashid al-Maktoum, ruler of Dubai, would act as president until the federal supreme council which groups the rulers of the seven emirates meets within 30 days to elect a new president.

Diplomats and analysts expect MbZ to become new president, further consolidating Abu Dhabi’s power which had already grown under Khalifa, who came to power in 2004.

This would come at a time when Abu Dhabi’s ties with Washington have been visibly strained over perceived U.S. disengagment from its Gulf allies’ security concerns.

“Not much will change in UAE foreign & domestic policies, except MbZ will have even less reason to seek consensus w/Dubai & other Emirates,“ tweeted Cinzia Bianco, research fellow at European Council on Foreign Relations.

MbZ led a realignment of the Middle East that created a new anti-Iran axis with Israel and fought a rising tide of political Islam around the region.

Condolences started pouring in from Arab leaders, the United States and from Israel, with which the UAE forged ties in 2020 alongside Bahrain.

“Sheikh Khalifa’s bold leadership contributed so much to the advancement of the UAE and its people and to the growing partnership between our countries and is a great legacy for his successors,“ said Israeli President Isaac Herzog.

The U.S. mission to the UAE said Khalifa was “a true friend of the United States”.

At home, Emiratis remembered Khalifa for his generosity and his push to develop the UAE, which has a population of some 10 million, the majority expatriate workers.

“The people of the UAE are thankful to the president for the opportunities he had created them, for the development of the country under his leadership,“ Emirati citizen Ali Al Khatri, 32, told Reuters in the capital Abu Dhabi.

The UAE announced a 40-day mourning period with flags flown at half-mast as of Friday and suspended work at all public and private sector entities for three days. — Reuters