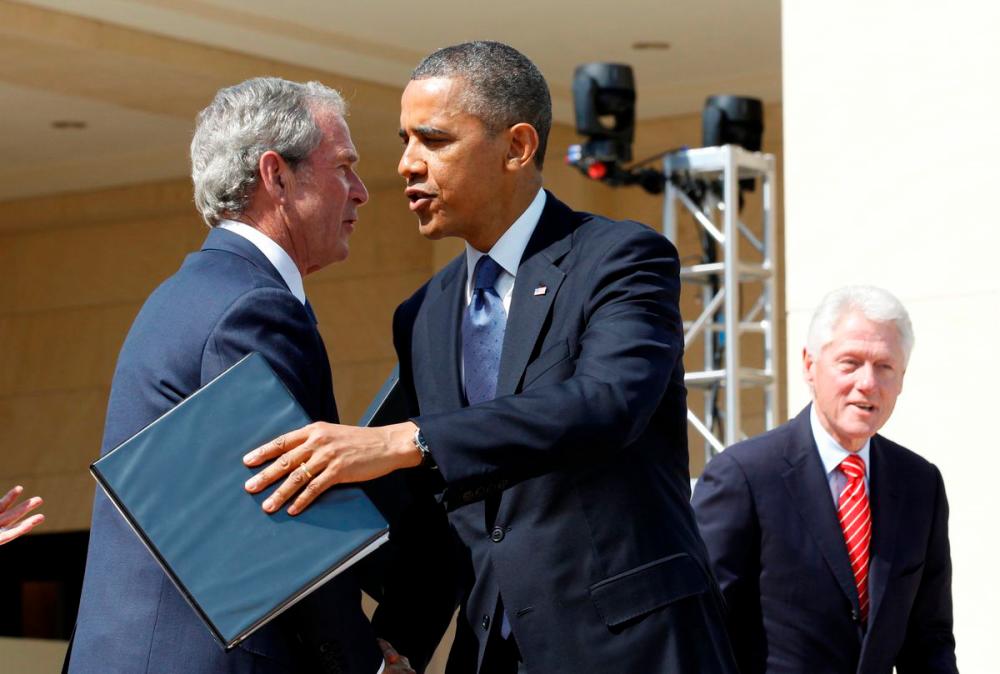 WASHINGTON: Three former US presidents - Republican George W. Bush and Democrats Bill Clinton and Barack Obama - have banded together behind a new group aimed at supporting refugees from Afghanistan settling in the United States following the recent American withdrawal.

The former US leaders and their wives will serve as part of Welcome.US, a coalition of advocacy groups, US businesses and other leaders launching on Tuesday, Welcome.US said in a statement.

The coalition said it will help the tens of thousands of Afghans fleeing their country as part of the Biden administration’s evacuation to resettle in the United States by mobilizing support and volunteers.

Many of the refugees would have been at risk had they remained in Afghanistan under the Taliban after their work with US and allied troops or with American and international agencies amid 20 years of war.

“Thousands of Afghans stood with us on the front lines to push for a safer world, and now they need our help. We are proud to support Welcome.US and the work to help Afghan families get settled and build new lives,“ George W. Bush and his wife Laura said in the statement. “We stand ready to show our new Afghan neighbors and the rest of the world how a welcoming and generous spirit forms the backbone of what makes our country so great.”

Representatives for Bill Clinton and his wife, former Secretary of State Hillary Clinton, and Barack Obama and his wife, Michelle, could not immediately be reached for comment.

The council also draws support from more than 280 people and entities, including US businesses such as Microsoft Corp , Starbucks Corp, CVS Health Corp and AirBnB Inc, as well as numerous nonprofit organizations, veterans’ groups and resettlement agencies.

Several Republican and Democratic current and former governors and mayors are also involved. A number of U.S. state and local leaders have said they would welcome refugees into their communities, although immigration remains a divisive issue in pockets of the country.

Tens of thousands of refugees were airlifted out of Afghanistan in recent weeks in a hasty pullout that drew some sharp criticism.

Democratic President Joe Biden’s administration is working to accommodate as many as 50,000 refugees on military bases in the United States. Others remain in processing centers near U.S. airports where they landed, and more evacuees are in U.S. installations abroad. Meanwhile, flights out of Afghanistan into the United States have been suspended amid a measles outbreak.

Biden separately has tapped veteran diplomat Lee Wolosky, who previously served under Bush and Obama, to coordinate their resettlement with the White House and the National Security Council.

Republican former President Donald Trump - who lost re-election to Biden and has criticized his successor’s handling of the withdrawal after Trump negotiated a pact with the Taliban to leave - was not listed as part of Welcome.US. Former Democratic President Jimmy Carter, who is 96 and has had a string of health issues in recent years, was also not listed. — Reuters

5.MACC confirms arrest of three of its senior officers over alleged abuse of power, misconduct