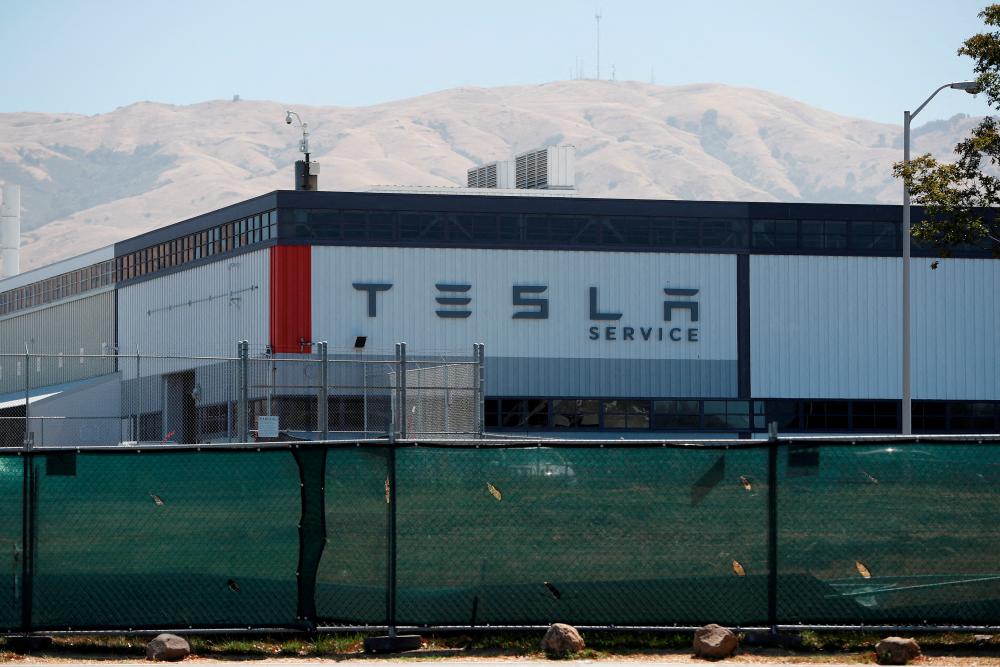 The Tesla factory in Fremont, California. Tesla needs to deliver more than 450,000 vehicles in the fourth quarter to meet its goal of growing deliveries by 50% annually. – Reuterspix

The tumble wiped out more than US$71 billion (RM329.9 billion) in market value of the world’s most valuable automaker and dragged down shares of other electric-vehicle makers.

Despite record quarterly deliveries, Tesla missed market expectations, with an unusually large gap between production and deliveries as it struggled to secure enough transportation during the peak time at a reasonable cost.

The shortfall in deliveries comes amid demand worries among investors and analysts due to increased prices of Tesla vehicles, higher borrowing cost and a dull outlook for global economic growth.

Tesla will need to deliver more than 450,000 vehicles in the fourth quarter to meet its goal of growing deliveries by 50% annually. Reuters reported that it has set a target to produce about 495,000 Model Y and Model 3 in the period.

“The broader concern is more so than just them missing their deliveries, probably just more the going concern for all these smaller upstart EV ... that might put us behind the curve in terms of where EV production goes,” said GuideStone Capital Management’s Brandon Pizzurro.

Still, analysts expect Tesla’s manufacturing margins to remain robust in the fourth quarter, thanks to its pricing power and ability to use China as an export hub for many countries.

Meanwhile, rival Rivian Automotive Inc said on Monday it produced 7,363 vehicles in the third quarter, 67% higher than the preceding quarter, and maintained its full-year target of 25,000.