Biden, Trump come out firing in last days before midterms 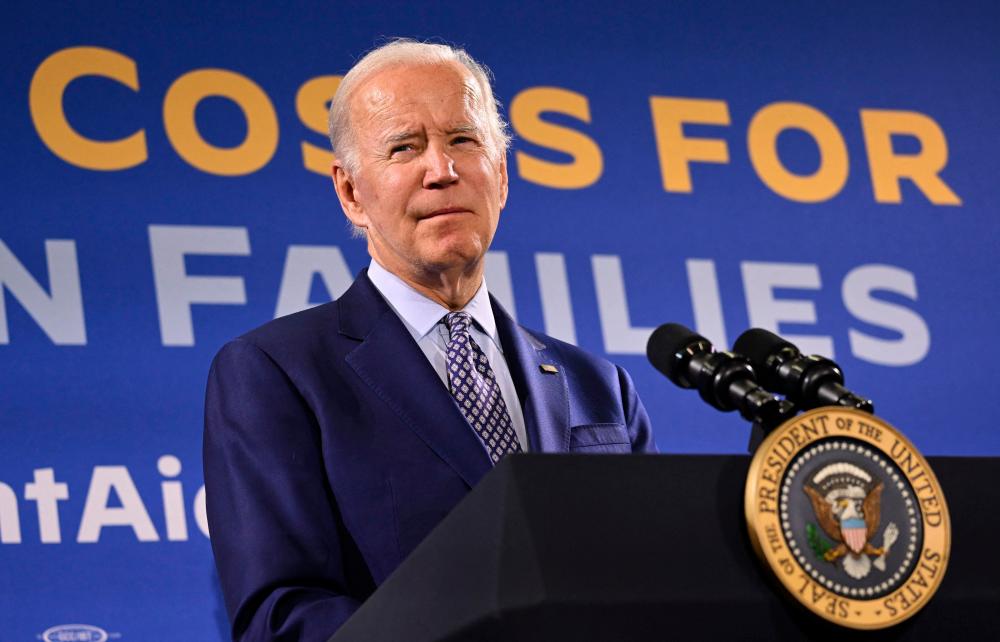 WASHINGTON: President Joe Biden and Donald Trump launched multi-state campaign blitzes Thursday ahead of midterm elections that could end up hobbling the Democrat's next two years, while setting the stage for a Trump comeback attempt.

Biden used a visit to a community college in New Mexico to tout his administration’s bid to ease crushing student debt and other policies that have “delivered enormous progress for the nation.”

Over three days, he is flying on to California, Chicago and finally Pennsylvania, where popular former president Barack Obama -- for whom he served as vice president for eight years -- will join him at a rally Saturday.

Biden's big final push comes on the heels of a speech Wednesday warning that Trump and the increasingly dominant far-right wing of the Republican party are threatening the survival of US democracy with conspiracy theories aimed at undermining confidence in election results.

But Trump -- who remains the Republican party's de facto leader and possible 2024 presidential candidate despite losing the 2020 election and being under investigation for stashing top secret presidential documents at his Florida golf resort -- is on the offensive.

Hitting four key electoral states in five days -- Iowa on Thursday, then Florida, Pennsylvania and finally Ohio on Monday -- Trump is reinforcing his role as Republican overlord. If his efforts pay off with victories for his preferred candidates on Tuesday, he will not only expand his powerful group in Congress but create momentum for what many believe is a likely announcement that he's seeking a second presidential term in 2024.

For Biden, the personal stakes are also high.

If Trump Republicans seize control of Congress, Biden will likely face a permanent political dog fight and legislative gridlock over the next two years of his administration.

It's believed that declaration of a Trump presidential candidacy would also strongly motivate Biden to seek his own second term, despite already being the oldest person in the job ever and turning 80 this month.

In his speech Wednesday, Biden linked a brutal home invasion and attack on the husband of Democratic House Speaker Nancy Pelosi to the political violence unleashed by Trump supporters against Congress on January 6, 2021.

Republicans, he said, have “emboldened violence and intimidation of voters and election officials.”

“That is the path to chaos in America,“ he said.

But polls show Americans paying far more attention to what they see as more immediate issues, starting with the highest inflation in four decades, which has driven up costs of staples like food and fuel.

More than half of Americans say the price of fuel and consumer goods is the economic issue that worries them the most in a new Quinnipiac University national poll.

Republicans have also successfully energized their base with messaging on spikes in illegal immigration and crime, often conflating the two issues to portray the country, and white people in particular, as under assault.

“Democrats are desperate,“ she said. “Bringing in Biden to stump for them will only backfire.”

With Republicans clear favorites to take control of the House, all eyes are on the Senate.

Two months ago, Republicans appeared to have lost hope of getting back the upper chamber, amid concerns over the quality of a slate of gaffe-prone, election-denying, Trump-backed candidates who were struggling in swing states.

But a late spending surge has kept most competitive.

The nonpartisan Cook Political Report has Georgia, Nevada, Arizona, Pennsylvania and Wisconsin -- any one of which could tip the balance of power in the upper chamber of Congress -- as “toss-ups.” - AFP