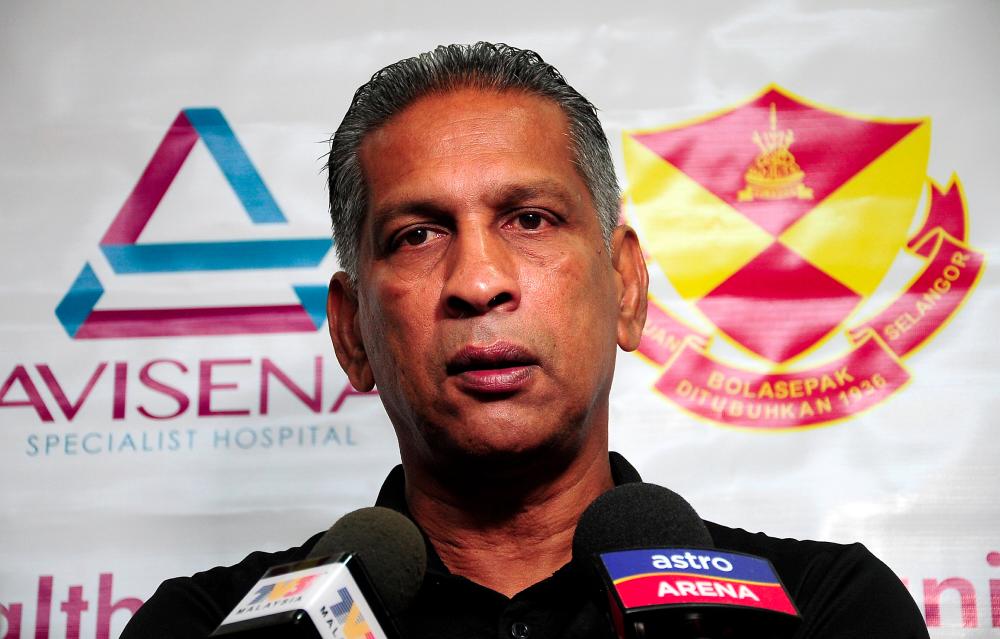 PETALING JAYA: Selangor coach B. Sathianathan (pix) has slammed a section of the team’s fans over racial remarks aimed at him, and his player K. Prabakaran.

Sathia said he was accused of picking players of his own race, on social media, by a section of the team’s fans which he alleged included former players.

“I just want to ask, is it wrong for me as a coach to choose a ‘k****g’ player like me?” he asked during the conference.

“The way they write these comments seems as if they do not go to school at all. We have achieved independence since almost 63 years ago but some people still use such harsh words.

“I was born and raised in a Malay village but never once have I heard this kind of vulgar words. People these days are crazy with their insults,” he added.

He also wished that people would be more mindful when commenting. During Selangor’s glorious era, the team was filled with multiracial players and they were united.

“There were only one or two Indian players in the team, but people seem to be appalled by it. Imagine the fear faced by the players when they are about to attend a match,” Sathianathan said.